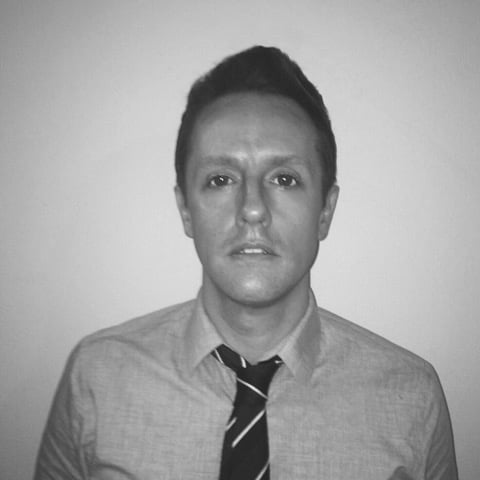 Jack Lothian is a screenwriter for film and television and currently works as the showrunner on the HBO/Cinemax series Strike Back.

His short fiction has appeared in a number of publications, including Weirdbook, Hinnom Magazine, the Necronomicon Memorial Book, The New Flesh: A Literary Tribute to David Cronenberg, and The Best Horror of the Year Volume 12. His graphic novel Tomorrow, illustrated by Garry Mac, was nominated for a 2018 British Fantasy Award.

“A Deed Without a Name”

What draws you to folk horror?
I grew up in Scotland, which has a great tradition of folk horror in stories, music and poems, and it was something you just grew up with. So many of our folk tales are tinged with horror — like Tam O’Shanter by Robert Burns, where the everyday collides with the supernatural to horrific effect. Obviously The Wicker Man happened just off the coast here as well, which I’ve always considered a documentary rather than a slice of fiction…

Where did the inspiration for your FIENDS II short story come from?
I saw a behind-the-scenes photo of a production of Macbeth from a long time ago, and of the witches was waiting in the wings to go on, looking quite pensive and nervous. It was one of those images which cast the whole play, and their role in it, in a different light, and got me thinking about another way of looking at it. And unfortunately, Scotland has a shameful history of accusing young women of being witches.

What is your favorite kind of tree, and why?
I guess the monkey puzzle, based on the name and concept alone.

How has the Coronavirus pandemic impacted your writing?
I usually write away from the apartment, so that’s been a shift. It’s like Joyce Carol Oates says — the great enemy of writing isn’t your own lack of talent, it’s being interrupted.

What’s next for you, in terms of writing projects?
I’ve just finished a three-year stint on the HBO Cinemax show Strike Back as showrunner and lead writer (available on DVD and Blu Ray now, ahem ahem), so next up is a few more television projects, as well as my story ’They Are US (1964) : An Oral History” being appearing in Best Horror of the Year Volume 12, which is a huge honour.