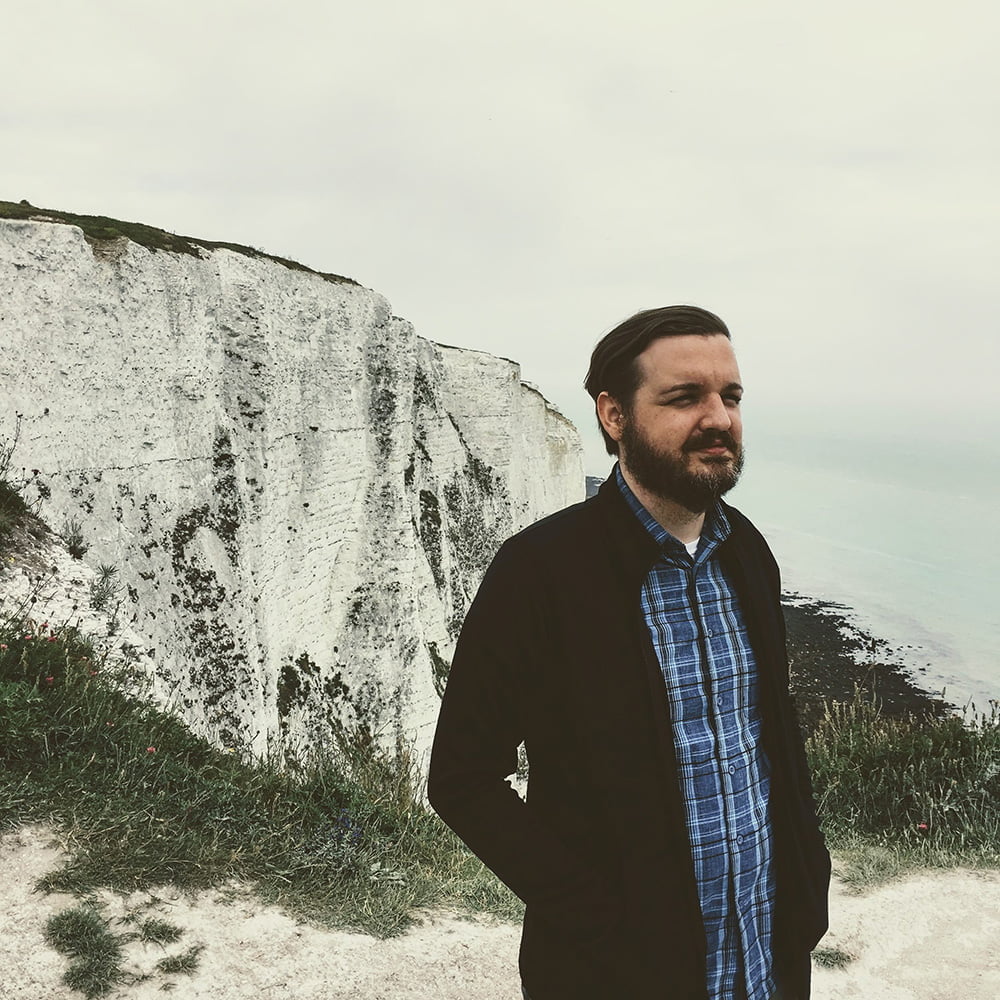 Coy Hall lives in West Virginia with his wife, Olivia, and they share a home with wonderful pets: a green-eyed cat named Locksley and a clumsy Great Pyrenees named Duncan.

Coy splits time as an author of mysteries and horror and as a professor of history. The two pursuits fit together well. As a historian, he teaches courses about medieval and early modern Europe. History has influenced his writing, with many of his stories set in the distant past – sometimes the real past, sometimes an imagined one, but most often a mix of the two.

A member of the Horror Writers Association (HWA), his short stories have appeared in a variety of anthologies and magazines. He’s published in a wide range of genres, including western, science-fiction, adventure, crime, fantasy, horror, and mystery.

His first novel, Grimoire of the Four Impostors, was released in 2021. His gothic western novel, The Hangman Feeds the Jackal, will be released in June of 2022.

AN INTERVIEW WITH COY HALL

Tell us about the GRIMOIRE OF THE FOUR IMPOSTORS. What inspired you to write it?

GRIMOIRE is a book I envisioned as the literary equivalent of the portmanteau films released by Amicus in the ‘60s and ‘70s (movies like Terror’s House of Horrors, The House that Dripped Blood, and From Beyond the Grave). The films would have four or five themed stories with a wraparound tale as the connecting tissue. That’s what I did with GRIMOIRE. The first and last stories are encounters with a purportedly genuine occult text called GRIMOIRE OF THE FOUR IMPOSTORS. The four stories in between are the impostor stories that comprise the original GRIMOIRE.

I like to imagine Peter Cushing, Christopher Lee, Michael Gough, Michael Ripper, and Herbert Lom taking roles in these stories.

An interest in occult history also inspired the book. Prana Film, in particular, was an inspiration. This was a company created in 1920s Germany with the intention of producing genuine occult films. The films were to be infused with occult symbols. Prana made Nosferatu (1922). Because of designer Albin Grau, Nosferatu has occult symbolism built into the narrative. When Knock, the real estate agent, is reading a letter from Graf Orlok, the letter is written with Enochian symbols. I loved the idea of that, so GRIMOIRE is likewise filled with genuine occult symbolism.

I’ve planned a sequel to GRIMOIRE set in the years following World War One. This will tie in closer with Nosferatu, with the occult scene of 1920s Berlin playing a central role.

What about history (and your own academic study of it) draws you to making horror stories?

It’s less the real horrors and tragedies of history, and more the horrors people imagined to exist in the past that inspire me. I think of my study of history as a form of mental archaeology. I enjoy studying the things people believed to be true in their time. As far as propelling things, what people believe to be true is more important than objective truth.

In this regard, supernatural and occult beliefs fire my imagination more than anything else.

The world in which my stories take place is one in which the occult beliefs of the past are real. The horror set pieces in GRIMOIRE are drawn from things people believed to be true in the 1500s and 1600s.

What’s your favorite historical era and why?

The 17th century. I love studying transitional eras. In the western world, you have movement from Medieval to Modern, and it’s as painful as you’d expect.

With one eye to the past and one eye to the present, the 17th century has a Janus-faced character. I originally stumbled upon that idea with a book called The Janus Faces of Genius: The Role of Alchemy in Newton’s Thought by B.J.T. Dobbs. That book struck me because the Scientific Revolution isn’t taught that way in grade school. Newton was forward thinking (calculus) and backward thinking (alchemy), and that captures the time in which he lived. Writers in the 19th century tried to erase the magical side of Newton because it was embarrassing. Maybe it embarrasses scientists, but historians love it.

There’s a wonderful book by Holly Tucker called Blood Work: A Tale of Medicine and Murder in the Scientific Revolution that really gets at the aspirations and limitations of the century. In 1667 France, Dr. Jean-Baptiste Denys was working on blood transfusions. That’s an eye forward. However, he experiments by transfusing lamb blood into a sick child. That’s an eye to the past, obviously. There’s an idea of sympathetic magic (blood of the lamb, blood of Christ) inside a budding science.

Nothing fascinates me more than that push and pull. I hope those ideas come through in GRIMOIRE.

What’s the West Virginia horror writing scene like? How does the region inform your work?

For being a state with a small population, the scene is fairly active for the horror genre. Led by Bridgett Nelson, we organized a West Virginia chapter of the Horror Writers Association (HWA) in 2021. We had our first meeting in July. We’re planning book signings and gatherings. We have about twenty writers, with Scott Edelman and Michael Knost being well known members of the chapter.

The region influences my work, too. I enjoy touring “haunted” places. We have some great spots in WV: Trans-Allegheny Lunatic Asylum, Moundsville Penitentiary, and Point Pleasant, home of the Mothman. The texture and atmosphere of Trans-Allegheny and Moundsville impacted my conception of architecture as atmosphere. They bring to mind the cliché: “Architecture is frozen music.” We don’t create buildings like that, buildings meant to stand centuries, anymore.

What other writing projects do you have coming?

My next novel to release will begin a mystery series. The first, A SÉANCE FOR WICKED KING DEATH, will release from Level Best Books on January 31, 2022. The story is set in 1956, and it concerns a con artist who conducts fraudulent séances in the 1950s. The sequel, THE SWITCHBLADE SVENGALI, will release on February 1, 2023.

Between those books, I’ll be releasing a novel called THE HANGMAN FEEDS THE JACKAL: A GOTHIC WESTERN with Nosetouch Press. This is an exciting work for me because I’ve published five short stories about the character, Elijah Valero. The first story, “Make Ready a Grave, My Friend, Valero Shoots to Kill,” was published in a magazine called Big Pulp eleven years ago.

Beyond that, I’m writing an occult horror/mystery series of novels set in the 1600s about a character in GRIMOIRE OF THE FOUR IMPOSTORS named Dorin Toth. I can’t wait to share more about Toth and his greyhound, Vinegar Tom! 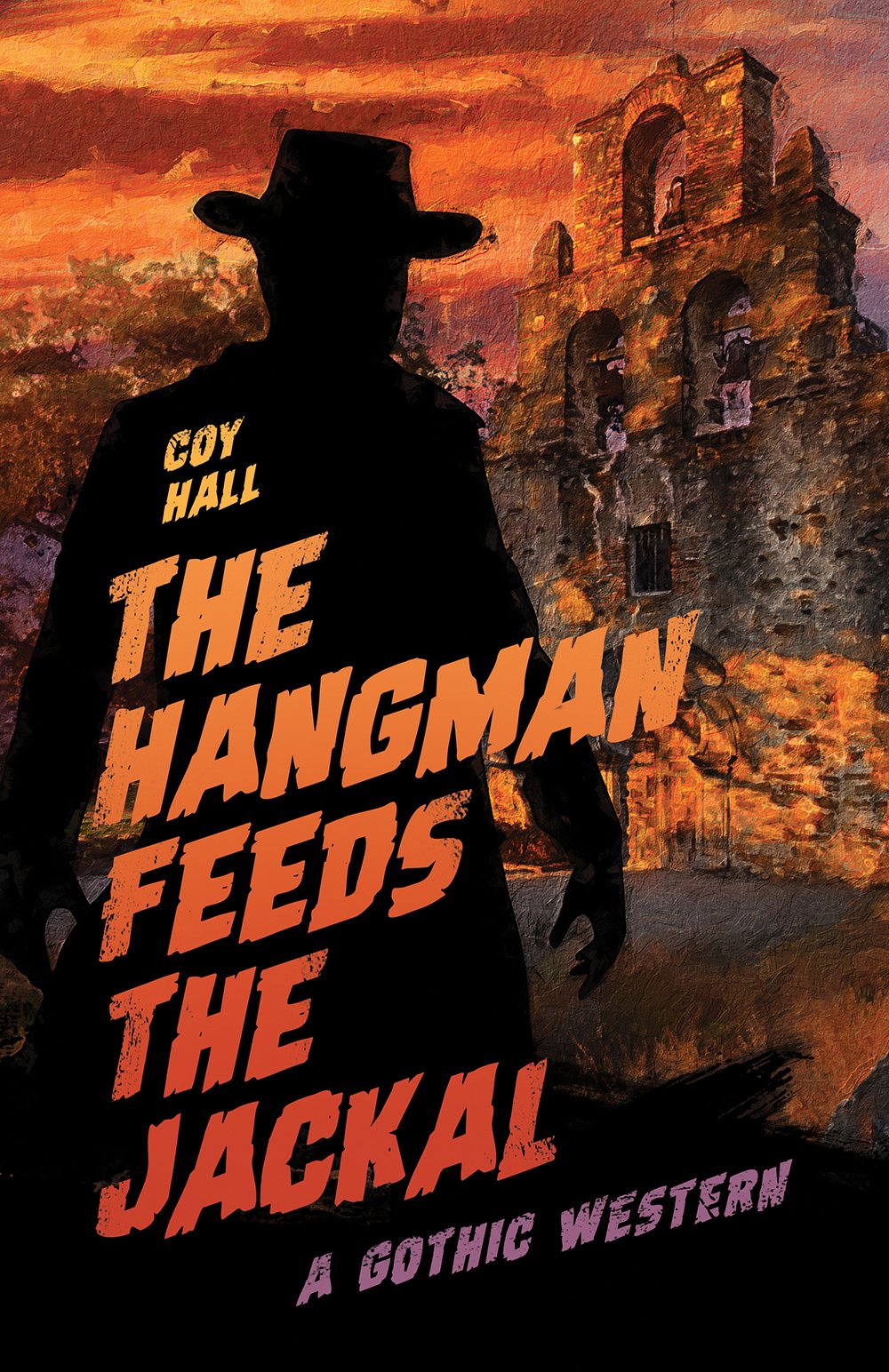 The Hangman Feeds the Jackal 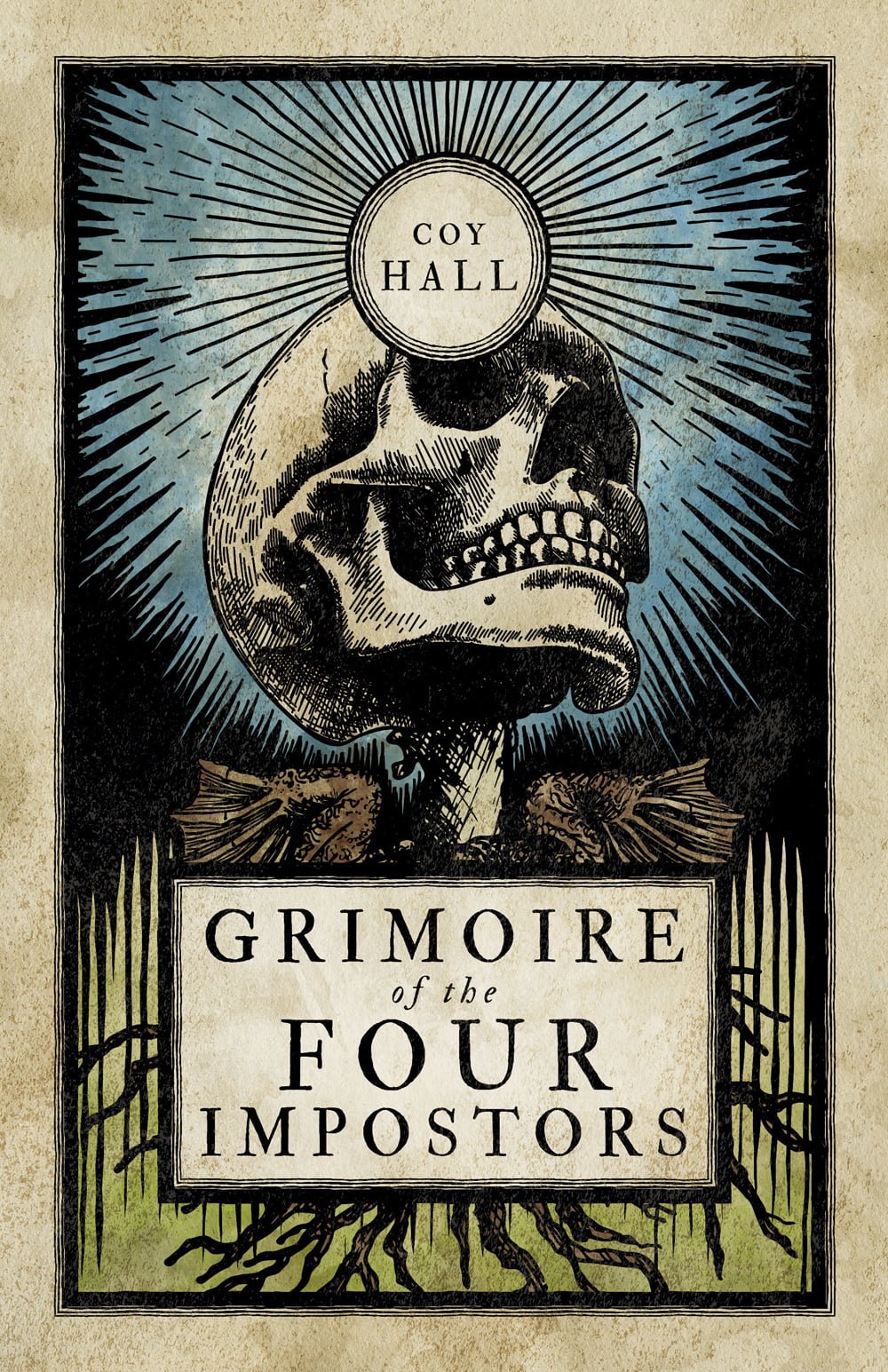 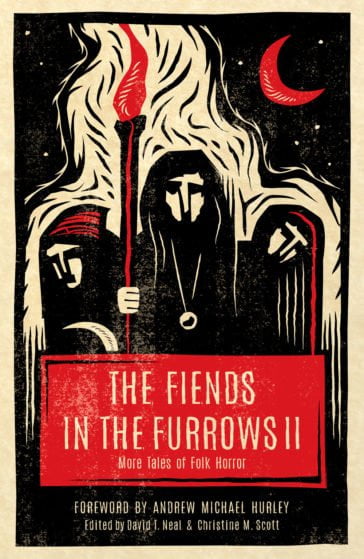 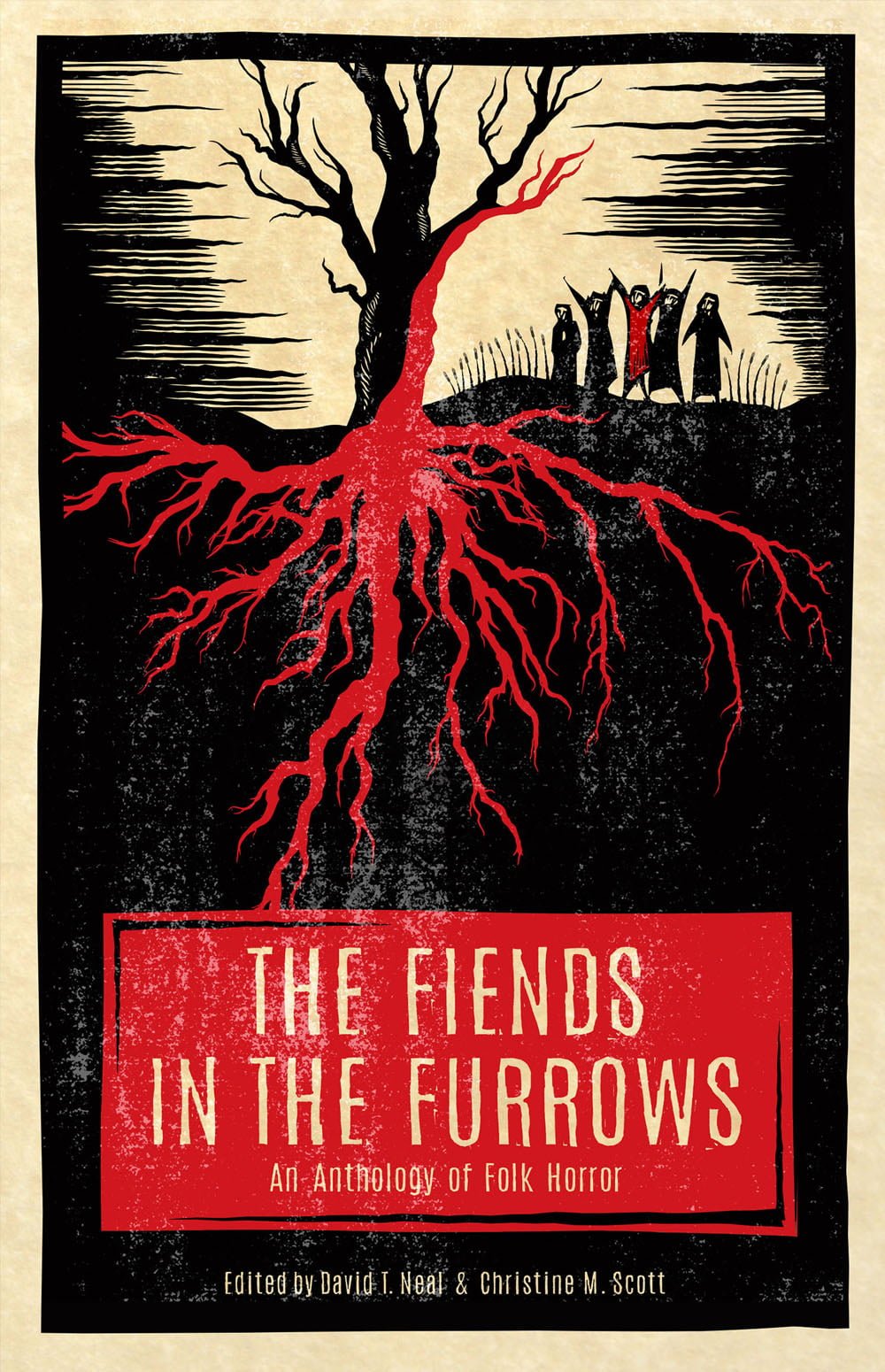 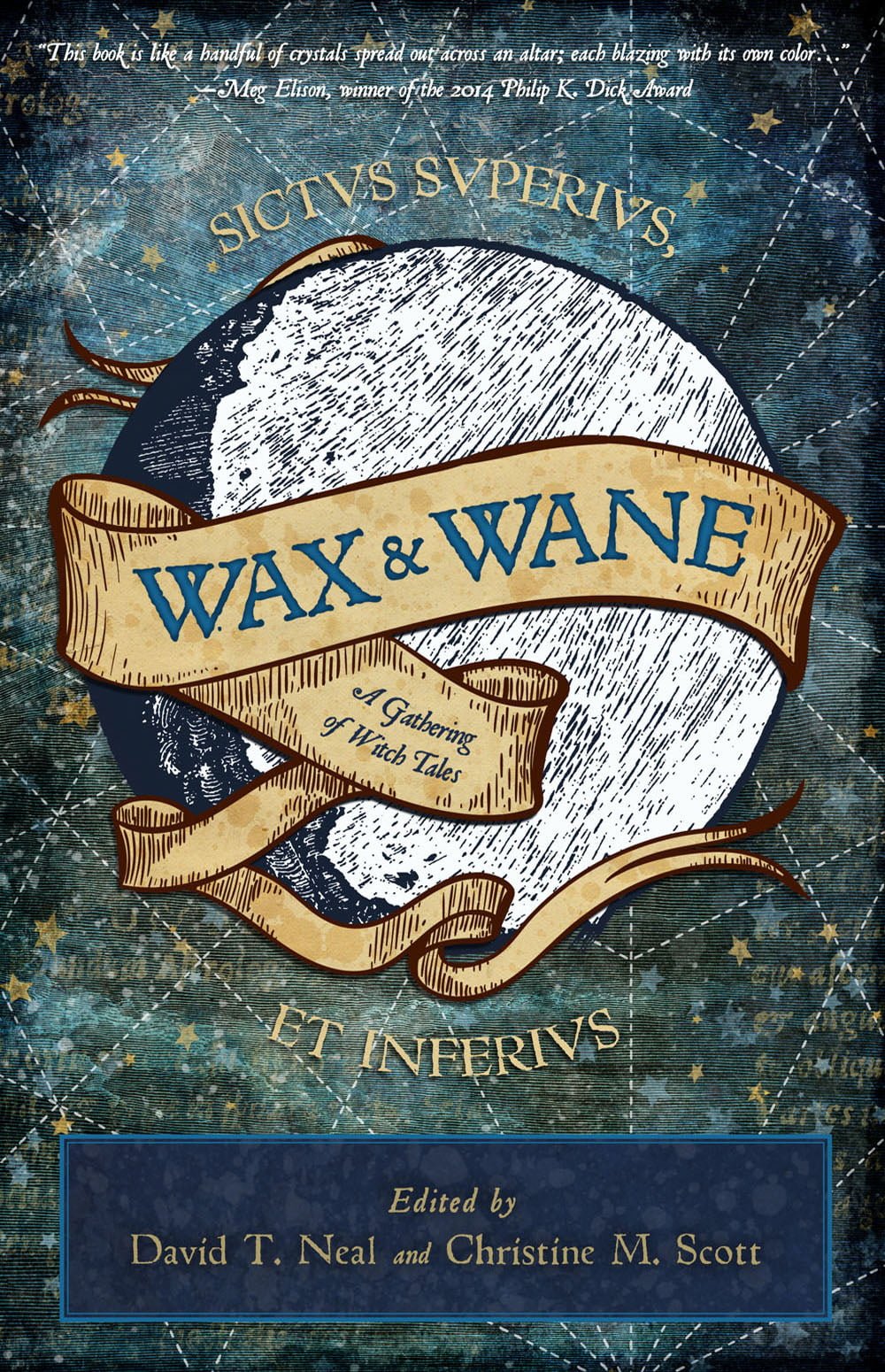