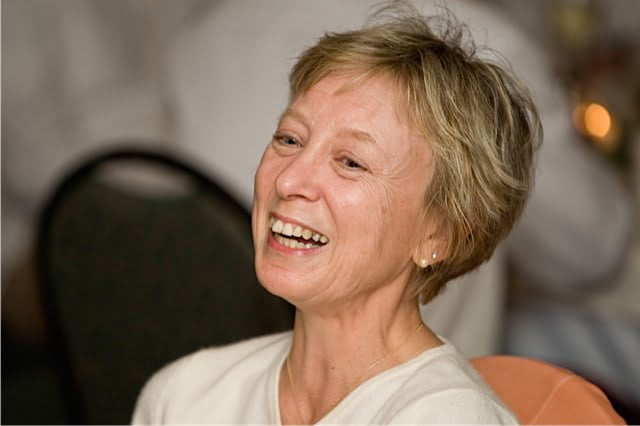 Mary Fancher is an artist and writer living in Baldwinsville, New York with her husband and four cats. She possesses a degree in studio art from the State University of New York at Binghamton, and has displayed her artwork in a number of galleries and juried exhibitions in New York, Oregon, Washington State, and South Carolina.

1. What was your least-favorite food as a child? As an adult? What didn’t you like about it?

There are few foods I don’t like, although I sometimes object to what people do with them. When I was a child, I hated my mother’s goulash; it was a mess of ground beef and greasy macaroni. I liked the ingredients, just not the method of throwing it all together.

As an adult, the only food I categorically refuse to eat is okra. I can’t even think about it without gagging and you know why.

2. Look around you: what nearby object do you think would be a good cursed thing, and why?

I believe there could be several objects within my line of sight that could be a cursed thing. In fact, I’m certain one or two of them are. My orange tabby, for example. Now fat, orange cats aren’t what most people think of as evil. They’re so sweet and cuddly, so soft and warm.

It’s all a deception. My FOC has harbored ill intent ever since we adapted him ten years ago. I thought it was weird that a strange cat would follow me between house and car, car and house, day after day. He was fat then, too, so I knew it wasn’t about food. Then there was the way he made himself completely at home once we let him in despite our having a Doberman pinscher and three other cats at the time. It was clear there was an ulterior motive, but I didn’t recognize it for what it was until the psychological war games began.

First, there were the sleep deprivation experiments when he would whine in my ear at five in the morning. I realized later this was to weaken our defenses for further psych-ops experiments and prepare us to do his bidding in all things. While watching our favorite TV shows, he will bite our legs in order to get us to feed him a few kibbles, or better yet, Fancy Feast. Oh, those are love bites! my crazy friend Lucia said. It’s tragic how some people don’t recognize pure evil when it’s right in front of their noses.

We’ve lost weight. There are bags under our eyes. We don’t watch TV anymore and we’ve had to take out a home equity loan to pay for all the Fancy Feast. I’m afraid to think of what might be next…

3. You randomly come across a Tarot deck of uncertain origin: what do you do with it?

Ahhh. Tarot cards. It’s funny you should ask. Disturbing, actually. I recently ordered a pack of Tarot cards from Amazon (fifteen bucks and free shipping). They’re sitting, unwrapped, on the floor beside my chair, waiting for the class I’m supposed to take on how to use them. And now you ask about Tarot cards, and I am fearful. I don’t believe in coincidences.

So what should I do? I could rush over to the nearest Catholic Church and dip them in holy water. I could set them on fire and bury the ashes in a hole in the back yard. I could continue with my plans to take the class and surreptitiously exchange my cards with another student’s deck. Wait and see what happens.

Better yet, I think I’ll give them to my cat, the FOC. That way I can solve two problems at the same time.