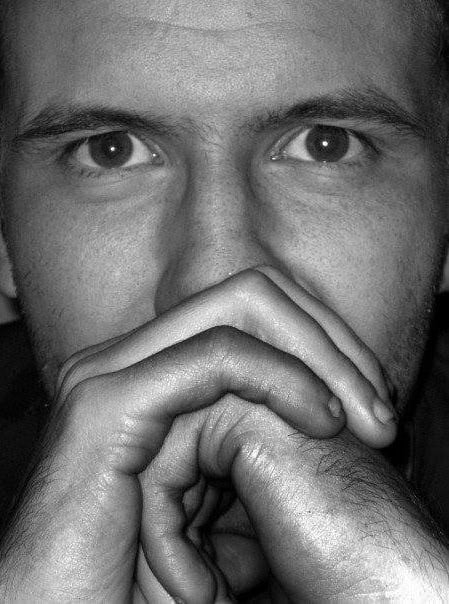 Neil McRobert wrote a PhD thesis on Gothic Literature before fleeing the halls of academia. He now lives in an old, haunted village in the north of England, where he spends his nights writing about things the polite folks don’t mention. He has written for The Guardian and reviews for numerous other publications. “A Well-Fed Man” is his second published story.

What draws you to folk horror?
There is a long and short answer to that question. The more considered response is that I have always been fascinated by the ways that myth and folklore infuse both a place and the people that live in it. Growing up in an east Lancashire valley, I never questioned the link between the bleak moorland, the grim winters and the mentality (for better or worse) of the local community. It seems obvious now, looking back, that as people and communities, we are shaped by every aspect of our homes, story and landscape being two of the strongest influences. Folk traditions are a kind of community haunting, and that’s ripe for twisting into horror. It also provides an alternative route into history – one concerned far more with a human, day-to-day existence in the past than with the statistics or great events that we are encouraged to see as history’s scaffolding. Lastly, I’m obsessed with the way that folk horror continues to evolve. It isn’t confined to sixteenth-century witch trials or arcane harvest rituals. You only have to look at the profound impact of online communal folklore such as Slenderman to see how this communal act of creation continues. The oral tradition has become what I like to call the Viral Tradition.

The short answer is that I saw The Wicker Man when I was thirteen and it marked me forever.

Where did the inspiration for your FIENDS II short story come from?
Two little anecdotes came together to inspire my story. My dad once told me about a documentary he watched on the Ukrainian and Russian famines. He was struck and horrified by a particular segment. An elderly woman told the camera-crew how she knew without doubt that decades earlier, her neighbours had eaten her child. That stuck with me as these things do in the childish imagination (my dad has never been a stickler for age-appropriate conversation!)

Years later I was listening to the All Killa No Filla podcast – I can’t recommend it enough for fans of true-crime or comedy. The show was about Andrei Chikatilo, the Russian serial killer. One of the hosts mentioned in passing that during his spree, children were told to avoid “well-fed men”. That clanged against the memory of my dad’s story and away we go.

What is your favorite kind of tree, and why?
I don’t really have a folklore-informed answer to this question. My favourite tree is a Japanese maple, sometimes called a Japanese acer. When I moved in with my wife their was one in her garden of the house. Each year there would be a day when the red leaves were at their absolute peak of colour, and the light would shine through into the kitchen and flood the room with this weird, otherwordly pink glow. It was beautiful and the tree became a kind of symbol for the first years of our marriage. We moved recently and it was the thing I was most sad to leave. Thankfully a friend saw my lament on a facebook post and turned up at my door with a new acer ready to plant.

How has the Coronavirus pandemic impacted your writing?
I struggle for discipline with writing, so the pandemic has both helped and hindered me. On the one had it’s quite a balm to disappear into other worlds at the moment, and with  lot more time at home there is less excuse to put the writing off. At the same time, this uneasy flitting between anxiety and boredom is not kind to creativity.

What’s next for you, in terms of writing projects?
About two years ago I got serious about writing. I had decided to take the plunge, bite the bullet (insert alternative all-for-nothing metaphor) and quit my job to write for six months. I had two ideas for a novel – oh the luxury!

The uncertainty around the pandemic has thrown everyone’s plans into disarray, my own included. But those two ideas just won’t be quiet. Every night as I fall asleep I hear them arguing in my head over which should go first. One is a dark story about the horror behind our political ‘reality’. I think, if it’s going to be written, I need to write it now.

But the other concerns a strange old house that I run past most days, and the thing inside that I sometimes imagine watching me as I pass. That’s the story that has plagued my imagination. What is the thing in the window of that old house? What does it want?  And why is it so unnervingly tall?