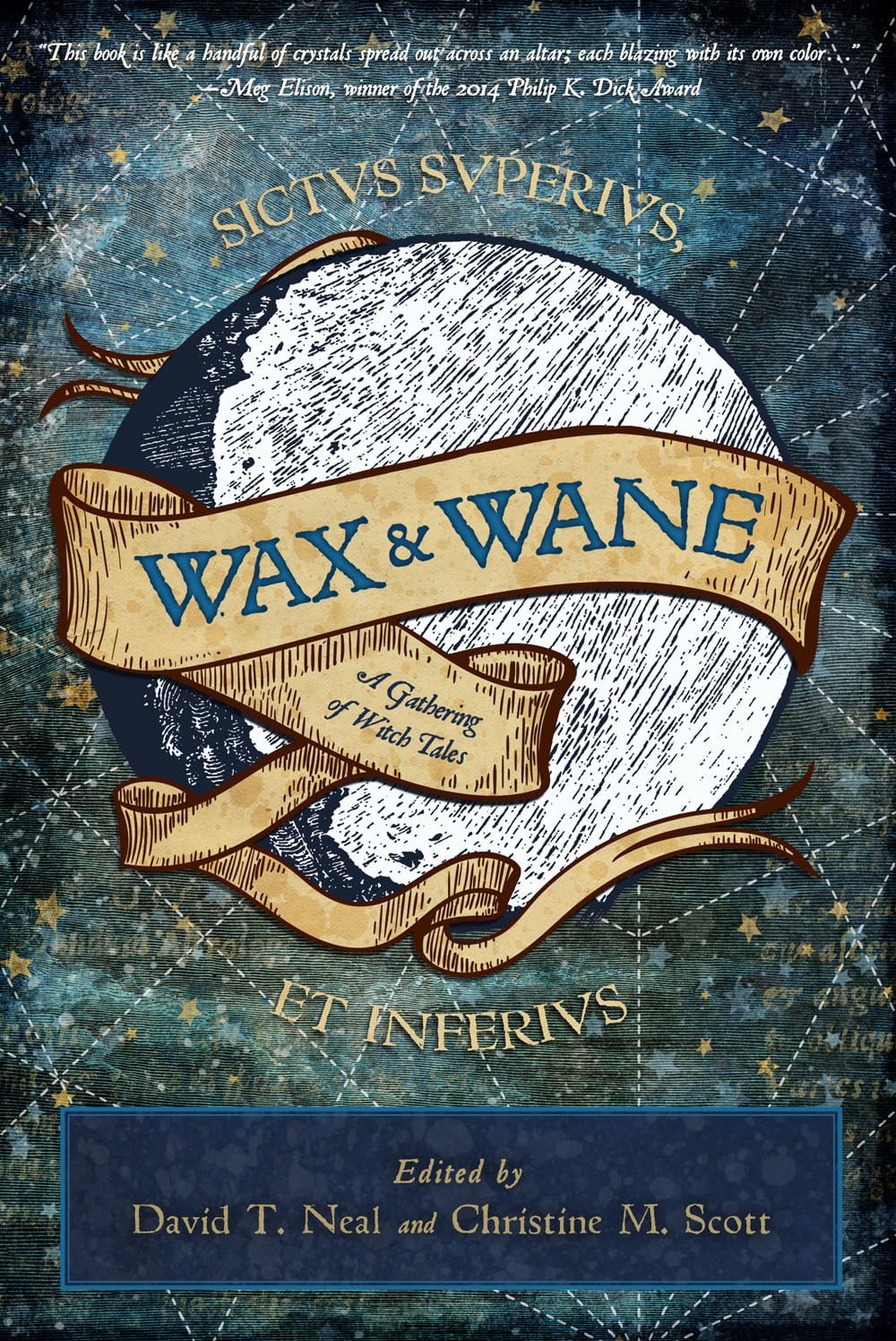 Whether wicked or whimsical, few folkloric figures are as iconic as the witch. Wax & Wane: A Gathering of Witch Tales serves up 30 spellbinding stories of witches that are enchanting and terrifying, amusing and enticing. Classic or eclectic, fantastical or historical, these witch tales are a literary incantation to delight any fans of witches and witchcraft. The 30 stories in these anthology features authors from America, England, Ireland, Wales, South Africa, and Canada. This brings an international flavor to the book, and gives readers a tantalizing glimpse into how witches are perceived and presented around the world.

Meghan Elison
4.0 out of 5 stars Like a collection of crystals strewn over an altar cloth

I love a good story about witches.

Whether they’re hunted and endangered as in “The First Witch” by Diana Corbitt or scheming against one another for the great prize of beauty, like in “How to Be Beautiful: A Witch’s Guide” by Megan Neumann, there’s something undeniable about the image of the witch in our collective psyche. She is terrible and powerful, she is not always entirely of this world.

This book is like a handful of crystals spread out across an altar; each blazing with its own color, occluded and full of occult symbolism. A few standouts bring in rich background mythology, like Mike Penn’s invocation of “Baba Yaga” that draws on the arcane connections between witchcraft and childbirth, or the canny connection between witches and the spectres of Transylvania as Joseph Rubas writes in “The Witching Hour,” or Spinster Eskie’s “Little Red Witch,” who is inspired by another little red someone. Others invent a wholly new mythology, placing winged witches on an island of whispering paper, dreamed up by Jo Wu in “Vial With Her Cure,” or Tanya Bryan’s “All Sales Final,” in which a mother and daughter recall the itinerant witches of Joanne Harris’ “Chocolat.”

My favorite in “Wax and Wane” is Liam Hogan’s “Miscellaneous, Spooky, Weird.” It’s a tantalizingly short vignette on emergency services utilized by witches, and it takes on such a cheeky tone as stand in sharp relief to the typical tales one reads of witches. An urban fantasy that nods its pointy-capped head in the direction of Douglas Adams or Terry Pratchett, this story is like the lone Dust Buster among the broomsticks; it does the same job but in a very different style.

The collection shines brighter in some moments than in others, but the effect of the whole is that of an assembled coven. Witches old and young, haggard and beautiful, face each other over a fire of stories and cast the spell witch tales always have. Their gathering is one you will want to attend.