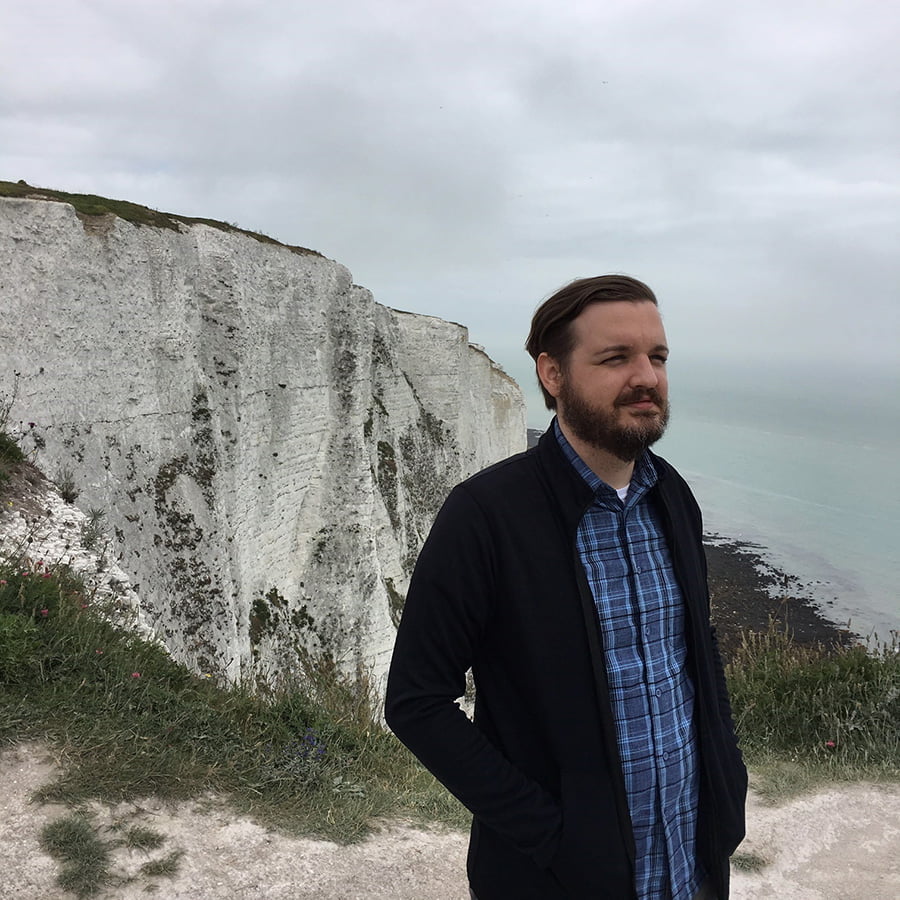 Coy Hall lives in West Virginia with his wife and a handsome green-eyed cat named Locksley. He splits time as an associate professor of history and as a writer of horror and mystery stories, nearly all of which are set in the distant past.

A couple of things. The way folk horror mixes well with quiet horror is a draw. Quiet horror is my favorite type of horror to read. I like stories with a slow build. I’m thinking of Ramsey Campbell with novels like The Hungry Moon. Atmosphere and mood drive folk horror and I love that. It’s provincial gothic to me. Another reason is that folk horror takes place on the fringe of things. My favorite folk horror has a 17th-century rural setting. The 17th century because the era has the Janus face with one set of eyes on the Middle Ages and one set of eyes on modern times. People theorize about sending a man to the moon but they’re going to do it by strapping a man to a thousand geese. And that’s not a joke! It’s the back fringe of present-day and that gives it a frontier feeling. Rural because of the provincialism. There’s friction because rural areas are a decade behind urban areas. So there’s a set of eyes on the present and a set of eyes on the past there, too.

Where did the inspiration for your FIENDS II short story come from?

Inspiration for the story came while teaching a Europe from 1500 to 1800 course. We were reading from The Thirty Years War: Europe’s Tragedy by Peter Wilson. This is the most complete history of that war and it weaves through people and battles and cities and villages. The Thirty Years War is an endless source of stories for me. That’s part of it. Touring the Queen’s Jubilee Museum at Westminster Abbey is the other part. There I saw wooden death effigies for funeral processions, which were used prior to wax effigies. The things have moving parts and wore faces and clothes and you wouldn’t want to be alone with one.

What is your favorite kind of tree, and why?

There’s a yew tree in the town of Battle in Sussex that is a thousand years old. Battle is the site where the Battle of Hastings took place in 1066. This yew tree was there when the battle occurred. That kind of thought jars me. That particular yew drew me to yew trees, strangely enough. That’s my favorite. They have their mythology – the tree of death and Hecate and more. English longbows were made from yew. On top of all this the old ones look gnarled and wonderful. I need to write a story about a yew tree.

How has the Coronavirus pandemic impacted your writing?

The college where I teach moved classes and office hours online in March due to the pandemic so I worked from home for the entire second half of the semester. It’s been bizarre. I’m an early morning writer, though, so that gave me some breathing room with no commute to follow my writing sessions. That extra time spurred me to start a new novel. Besides that, I feel a lot of anxiety about the pandemic. I worry for the vulnerable people in my life and in my area. I worry about everybody. I think it’s horrific. That anxiety is finding its way into the novel I’m working on.

What’s next for you, in terms of writing projects?

I have two projects at the moment. First, I’m trying to be diligent and clean up a manuscript I completed last year. This is a book project I want to pursue with horror stories set in the 17th century. It’s finished but needs a little care. The second is a work in progress. I’m writing a noir crime novel set in 1956 – the year my father was born and the year Bela Lugosi died, although it has nothing to do with either event. This is a story in the vein of David Goodis, one of my favorite authors. This will be my pandemic novel. Noir has a lot of angst so the anxiety of the pandemic is there.