BEHIND THE NP SCENES

Game of Thrones: The Compendium

In December of 2014, HBO announced a competition called GAME OF THRONES: THE COMPENDIUM. Fans were invited to submit artworks, craft pieces, food, music, costumes, poetry, and commentaries based on the show. The submissions were judged by a “Council of Editors” including Nina Garcia, creative director of Marie Claire magazine and judge on Lifetime’s Project Runway, Tom Colicchio, celebrity chef and judge of Bravo’s Top Chef, Gerald Brom, renowned writer and illustrator of Brom Art, Arthur Chu, culture blogger, The Daily Beast, Kevin Hatch, writer and moderator, Reddit r/gameofthrones, Greg Hildebrandt, famous fantasy and science fiction artist; Laura Hudson, entertainment and culture writer for Wired and others, Zack Luye, author at Game of Thrones fan site WatchersontheWall.com. This council chose the finalists, and then from those finalists decided who would be included in the final printed version.

I was very excited by this project, and in early 2015 I entered three handcrafted jewelry pieces into the competition. I am pleased to announce that not only were all three of my pieces selected as finalists, they were all chosen for inclusion in the final printed Compendium!

The book, printed by Chronicle Books,  will not be available for sale to the public—it is an exclusive promotional item to be used in support of season 6 of HBO’s GAME OF THRONES. 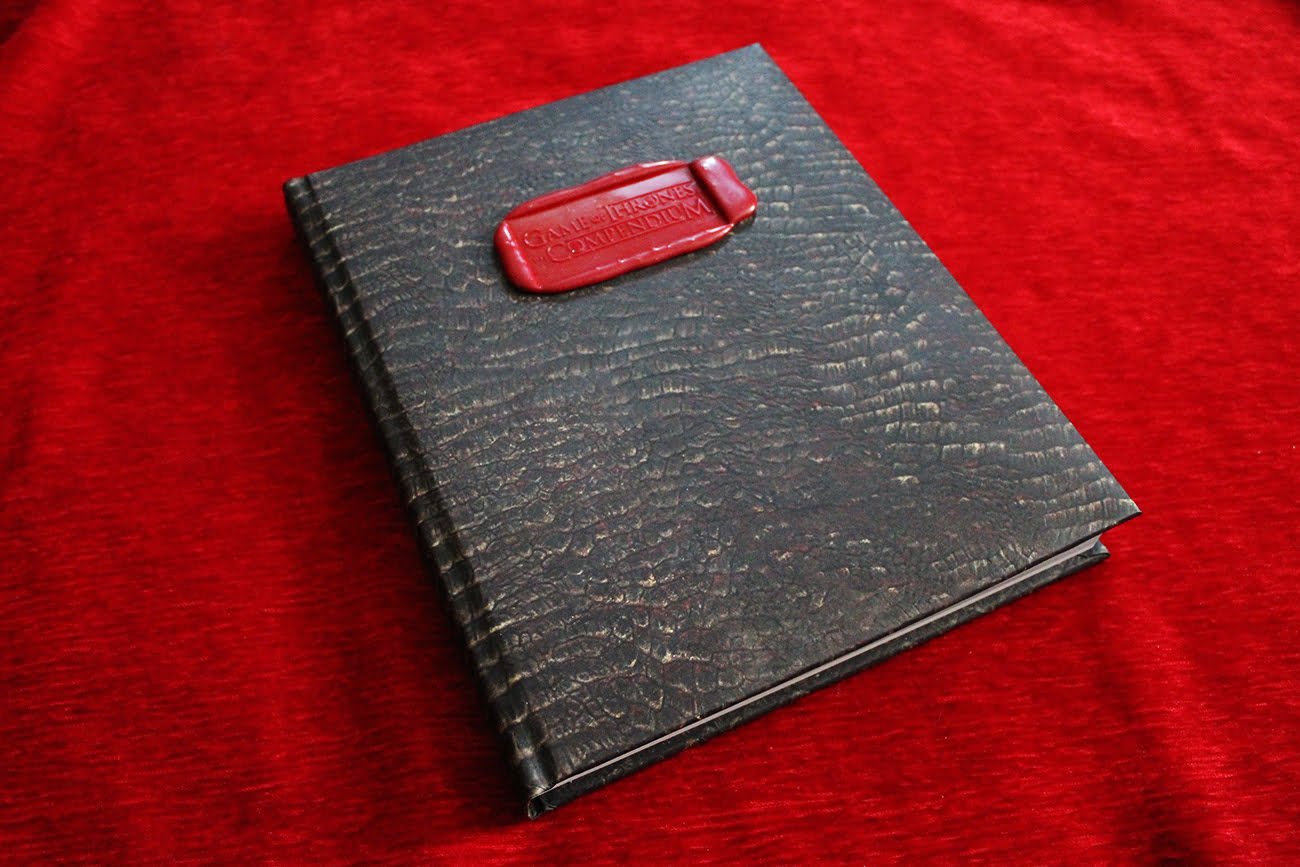 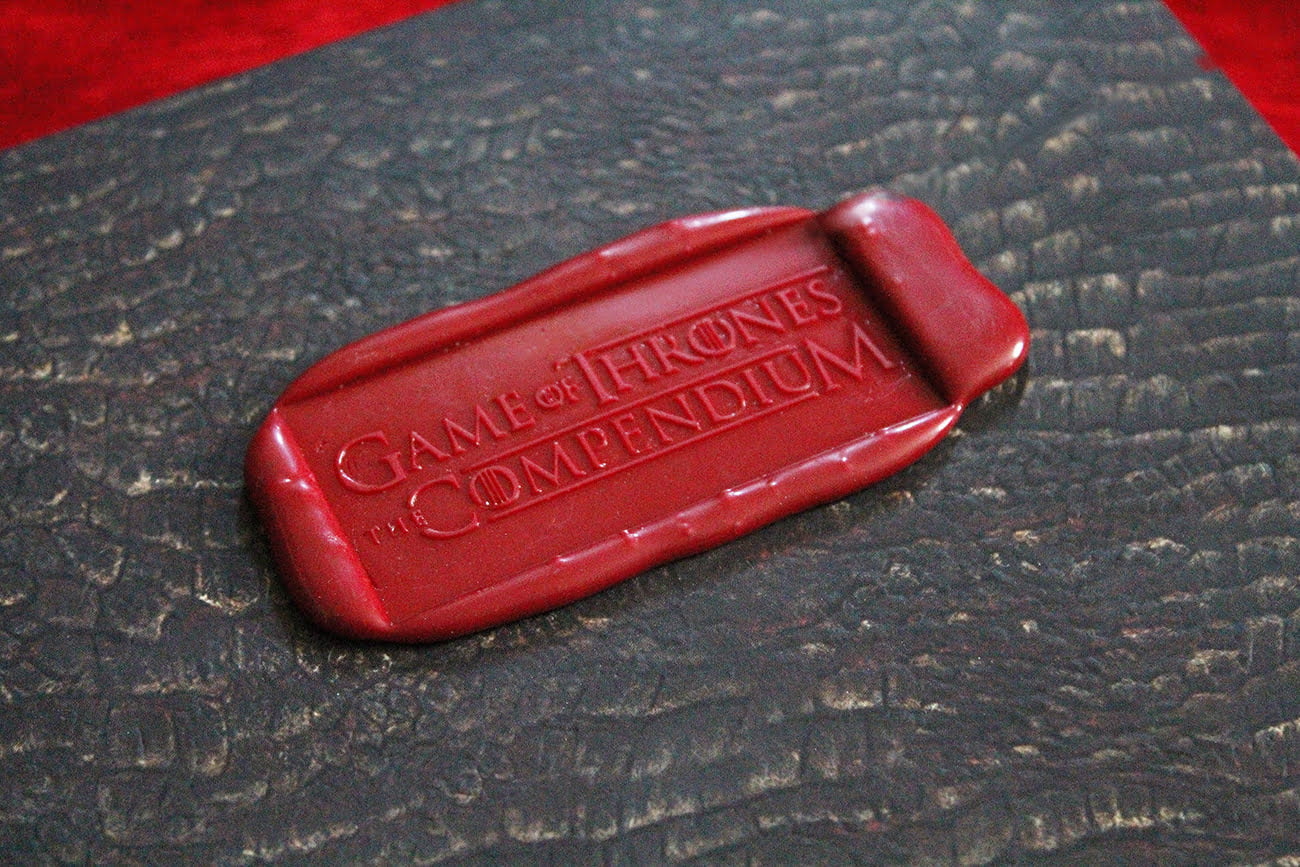 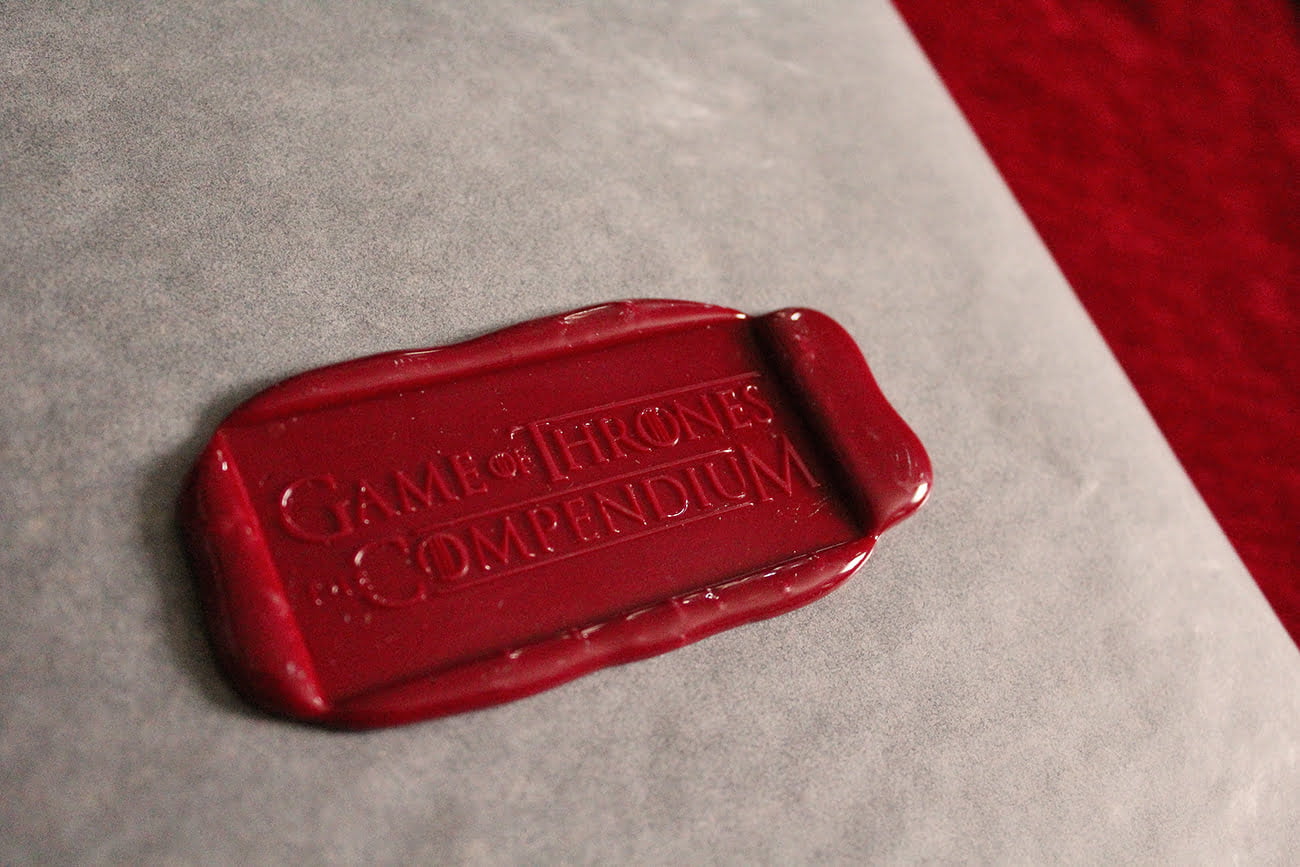 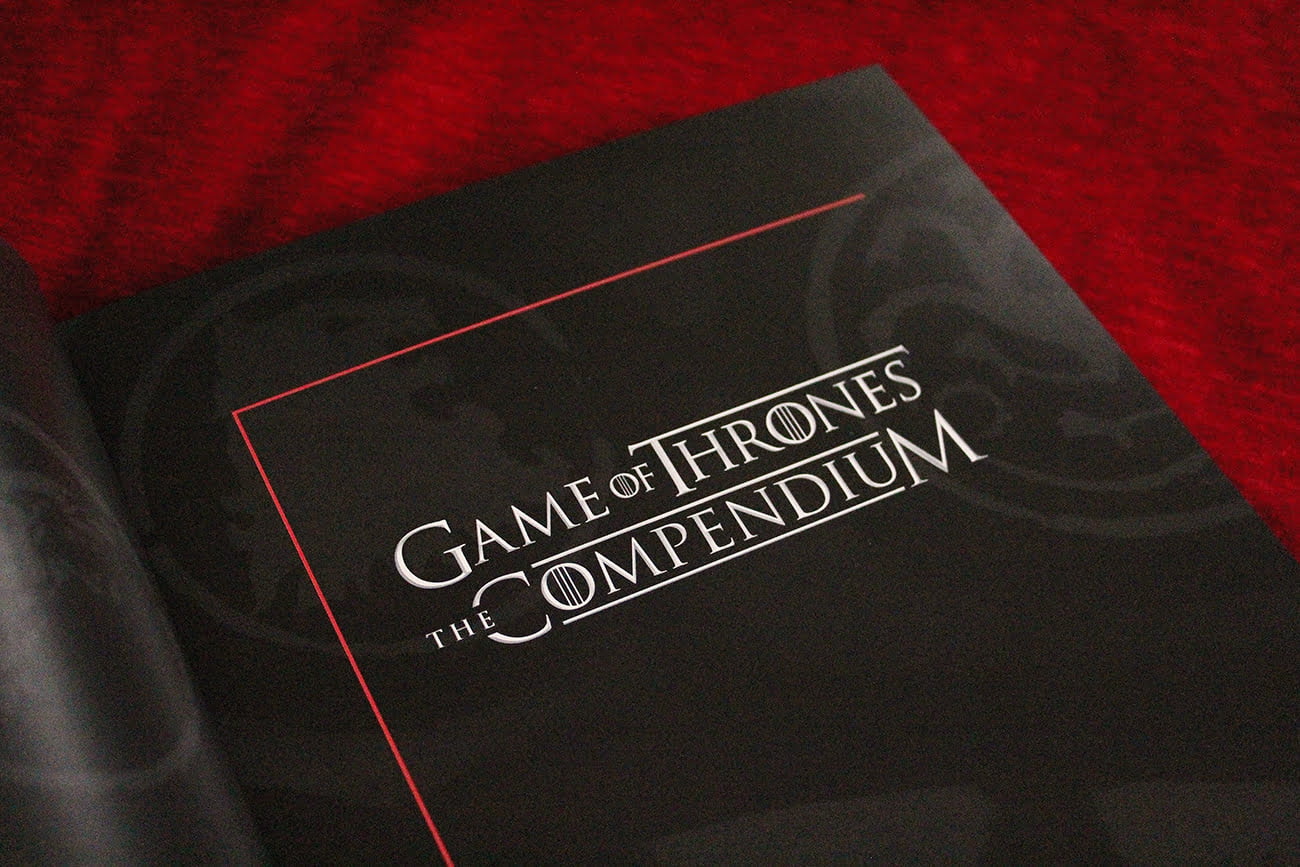 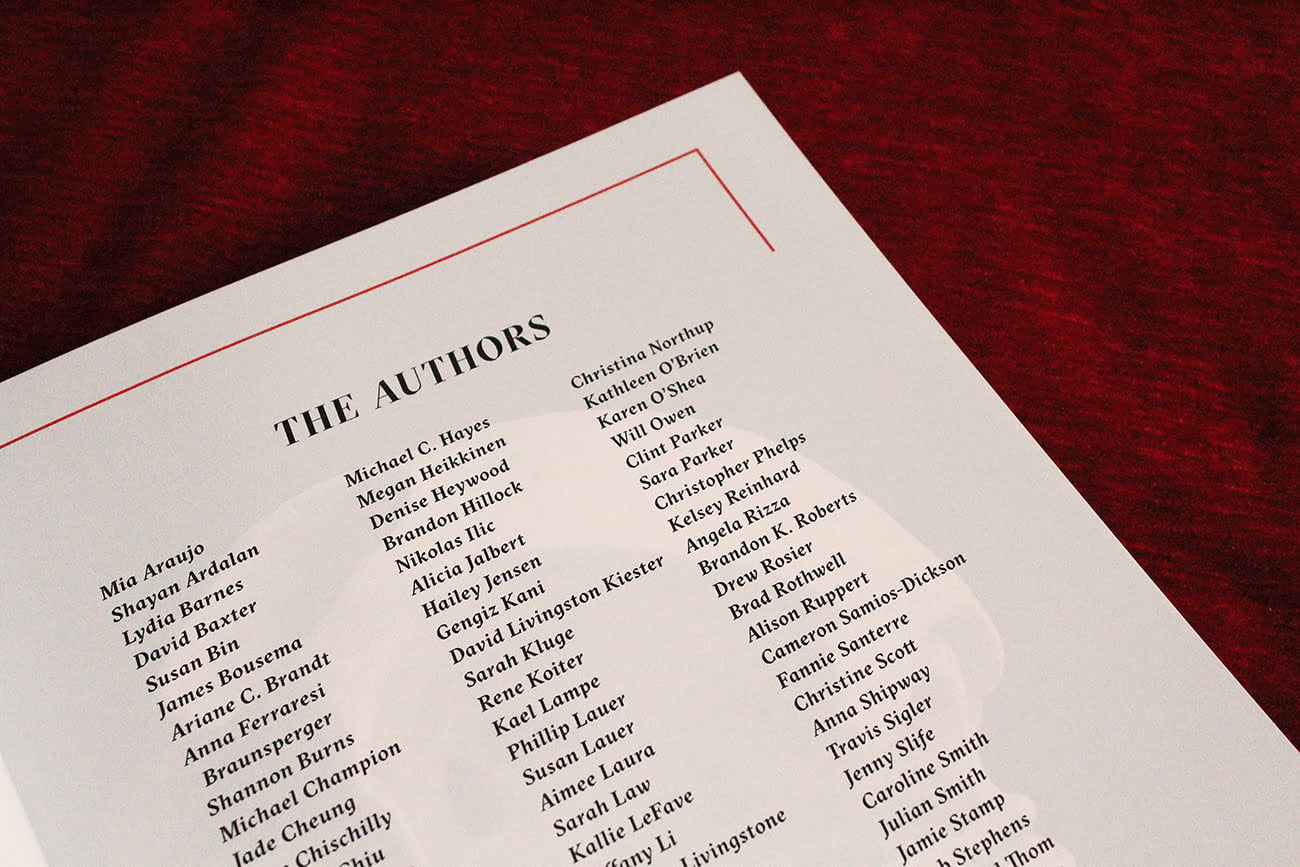 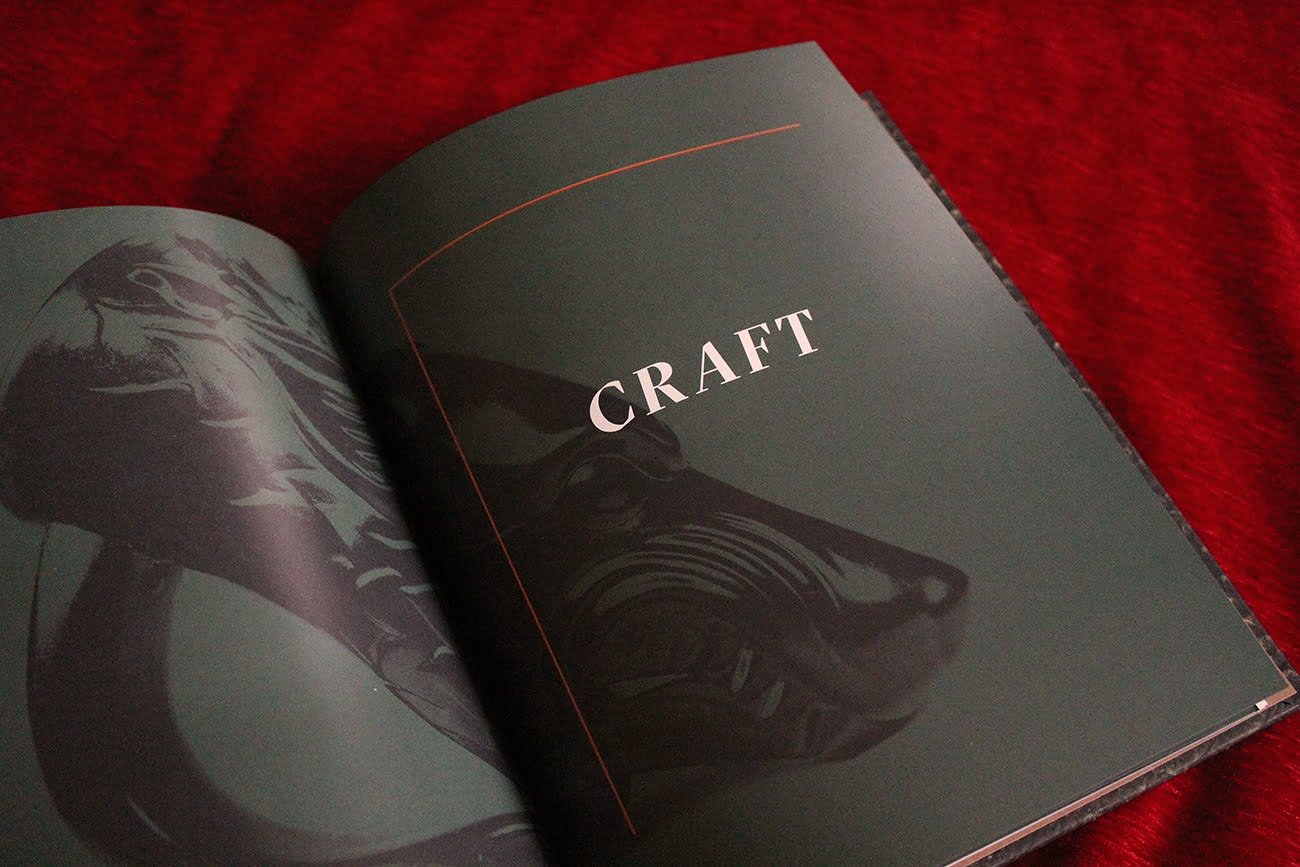 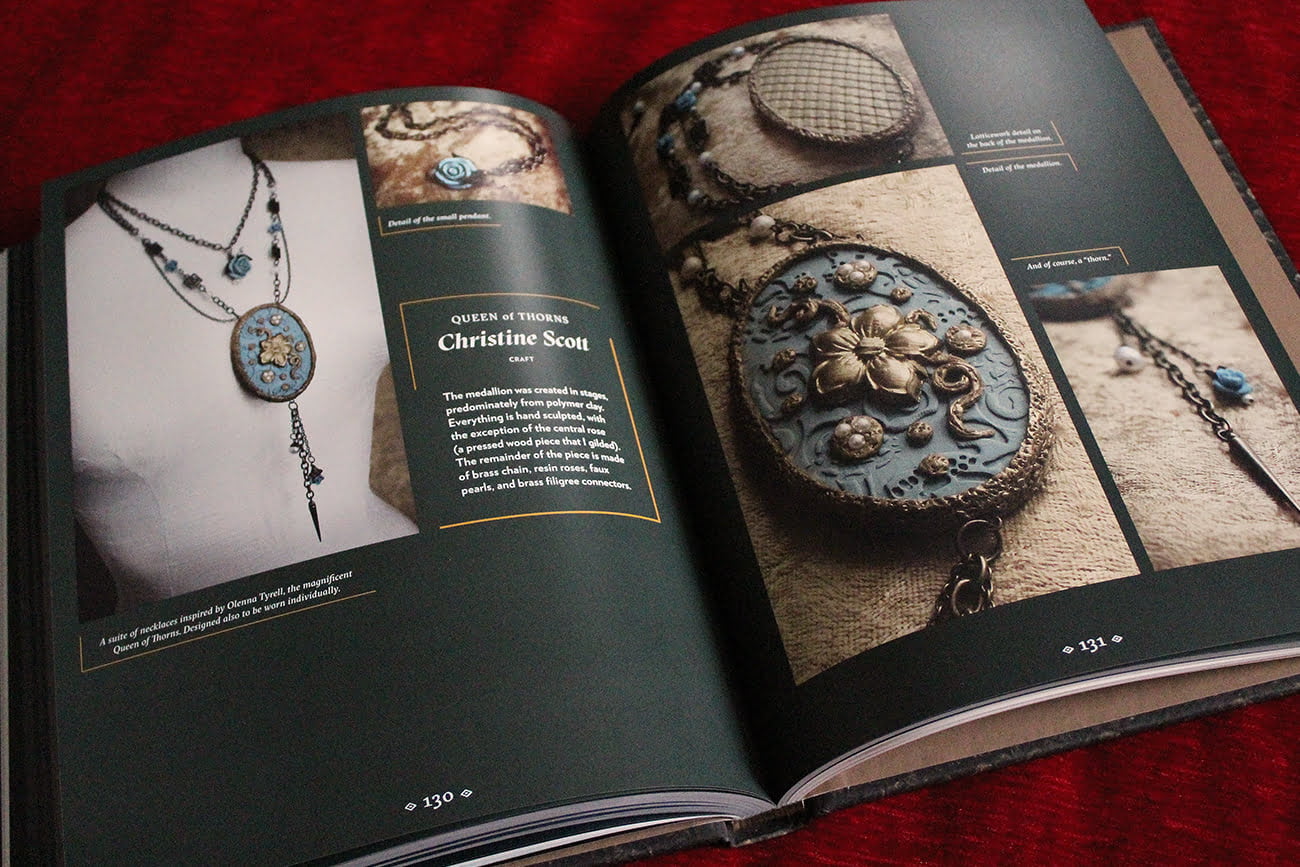 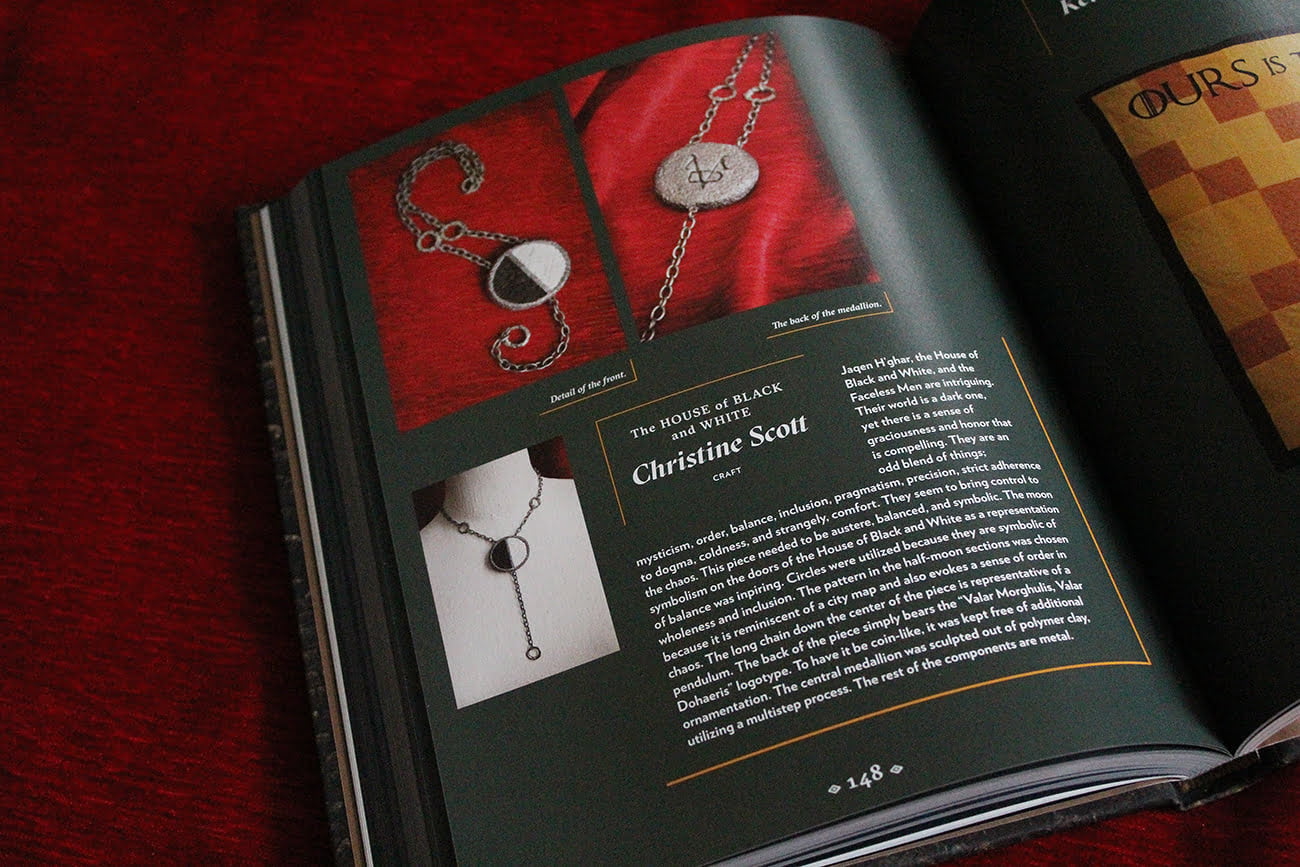 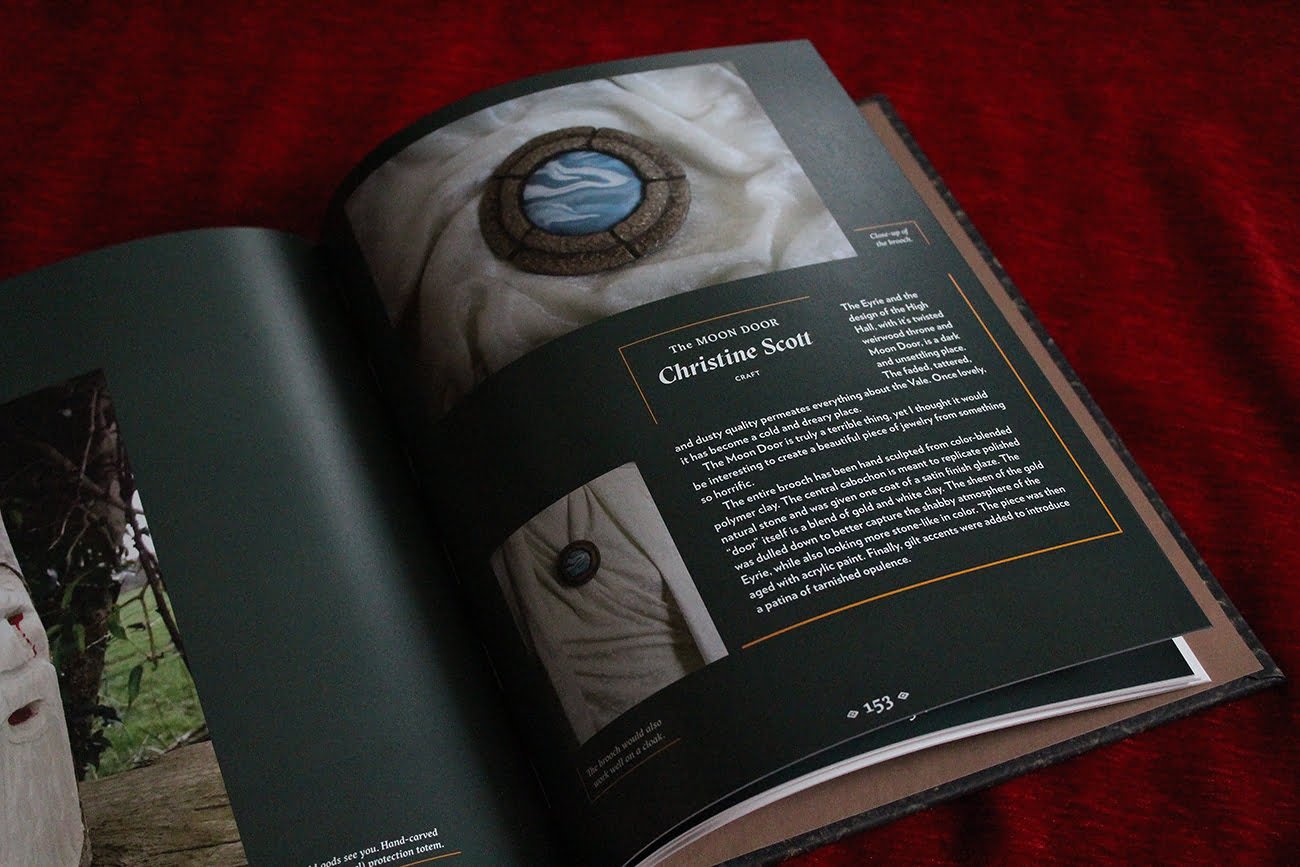 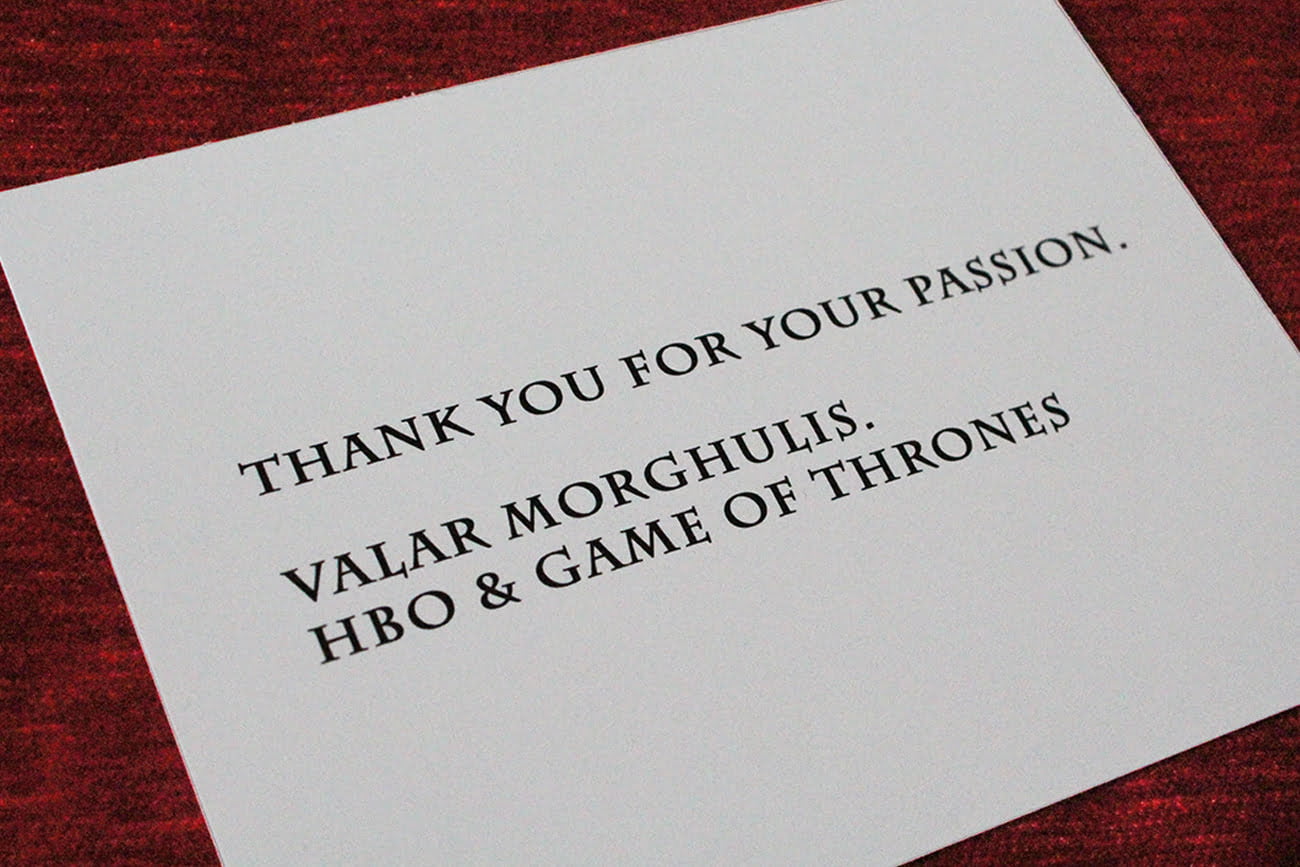 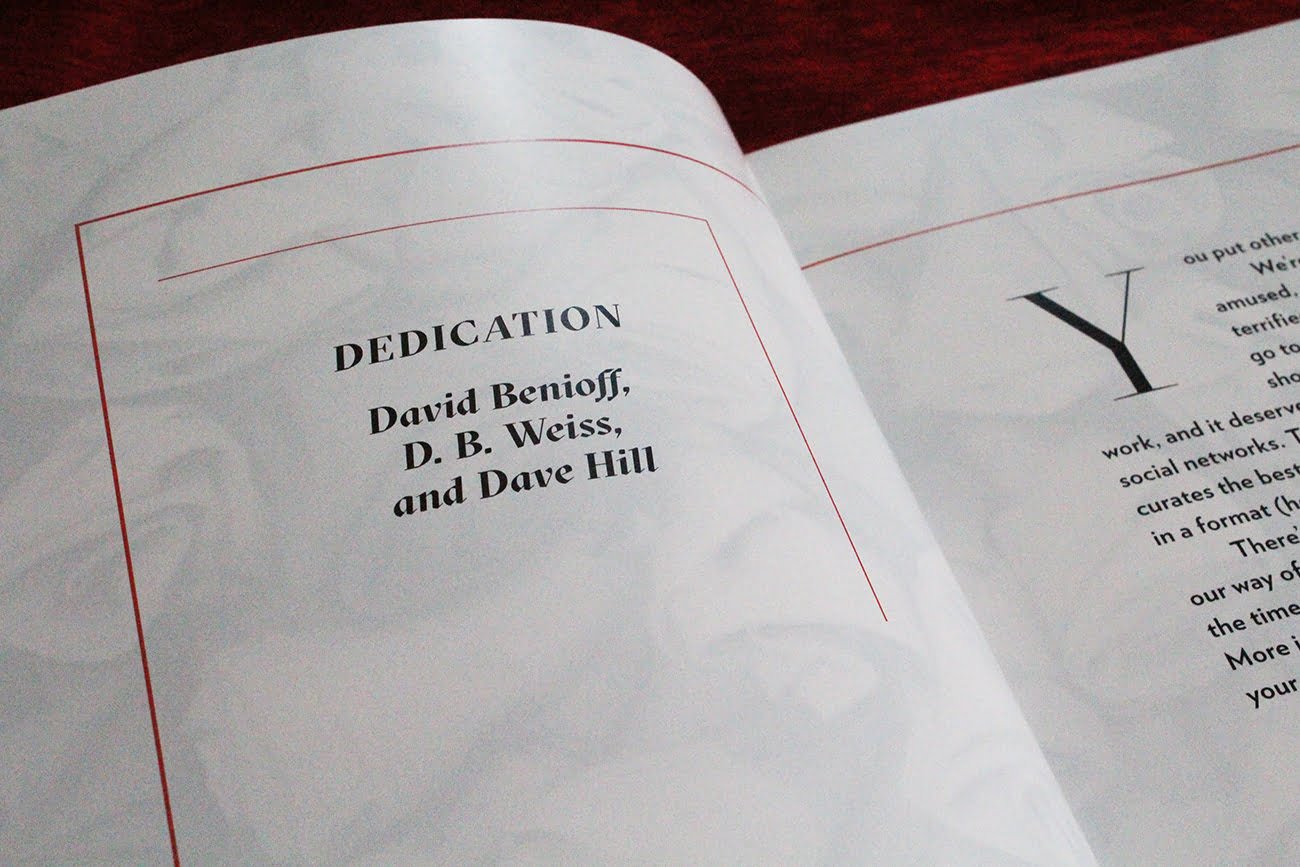 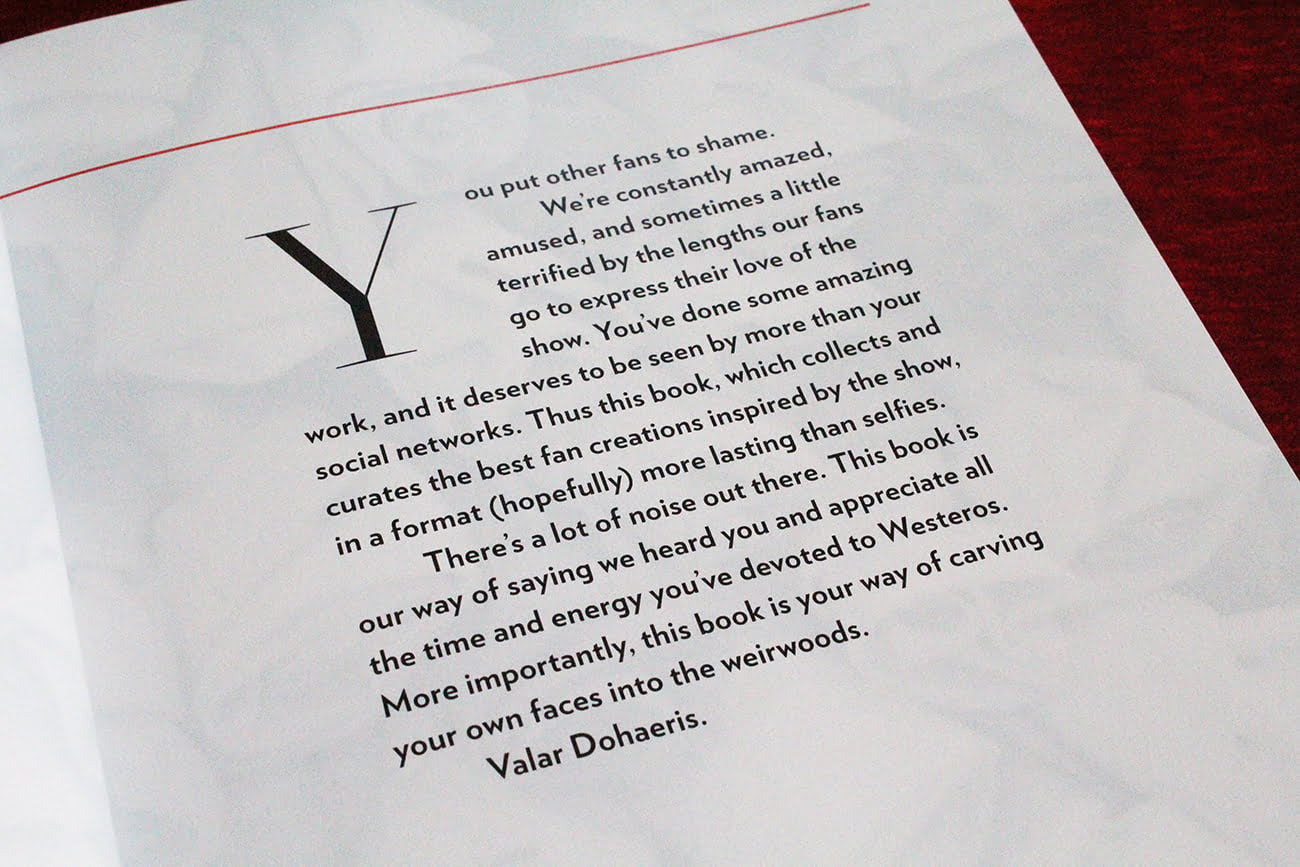 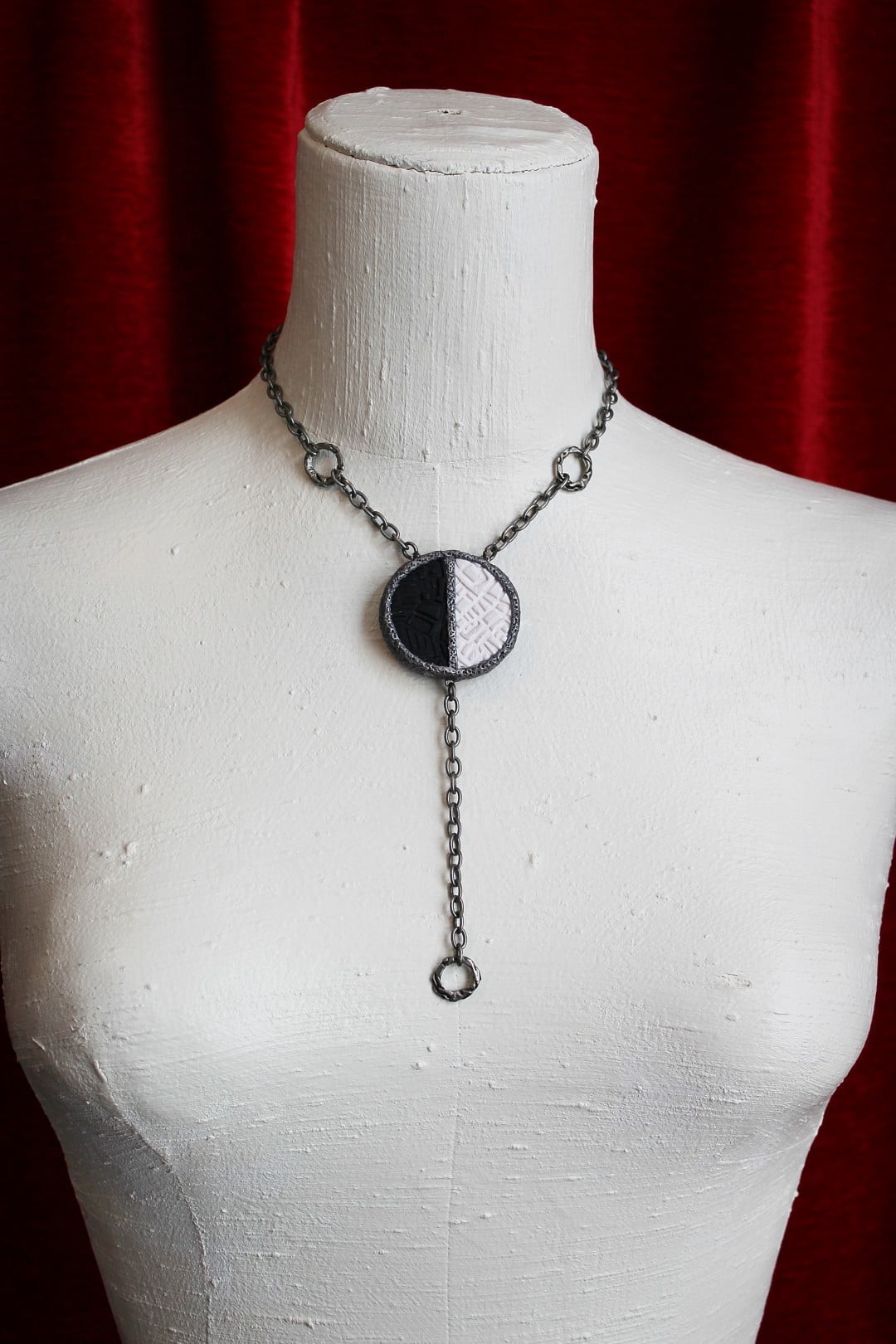 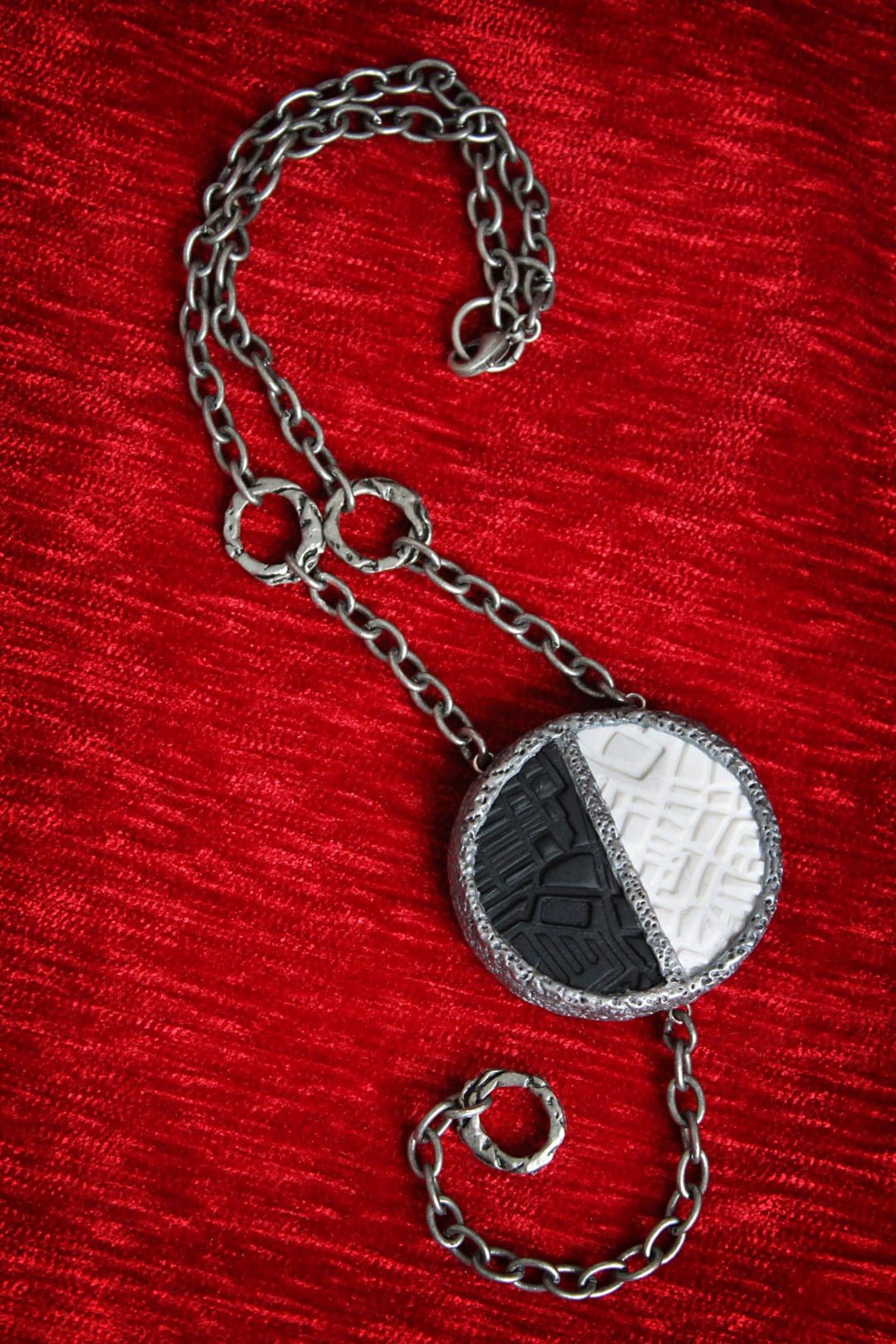 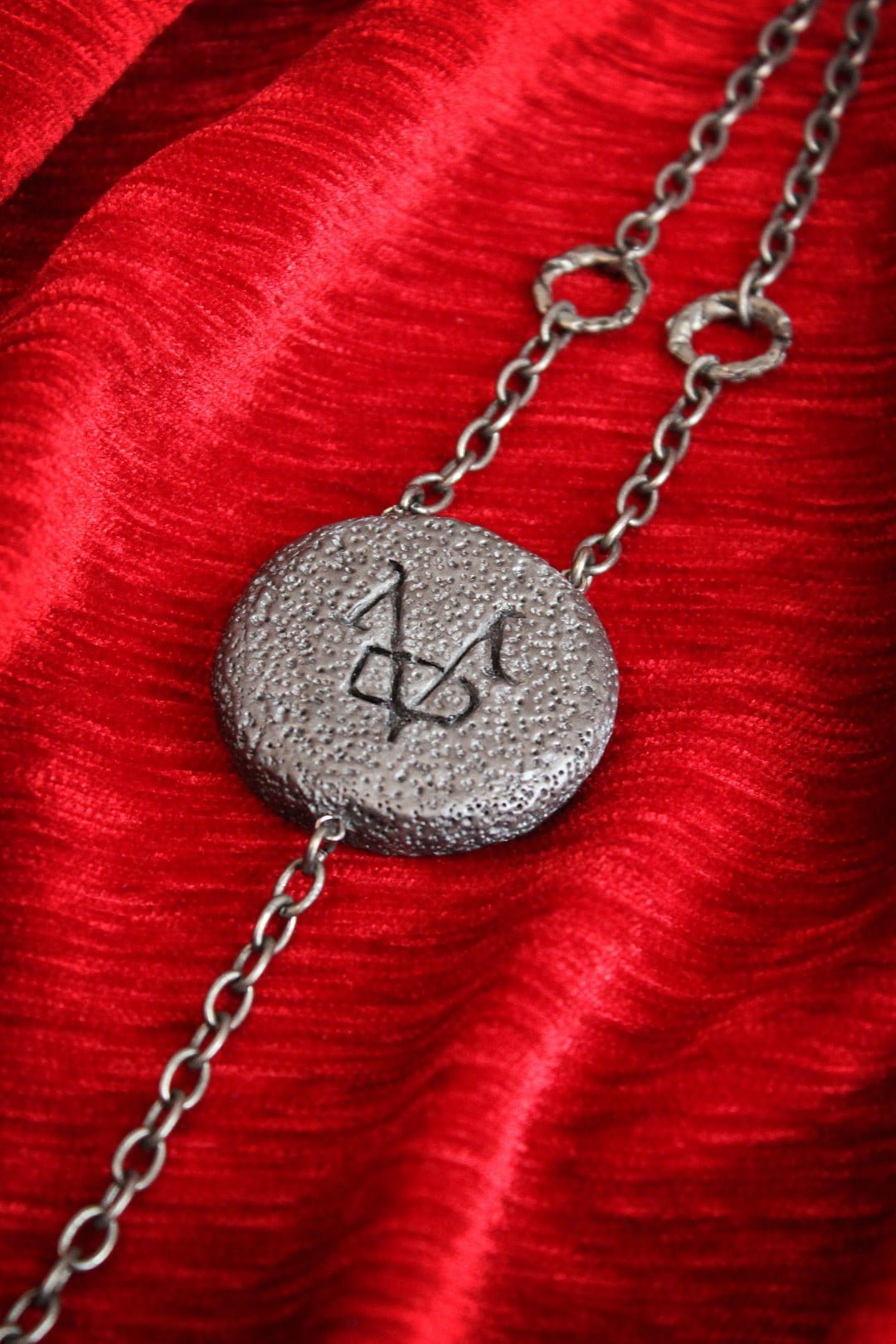 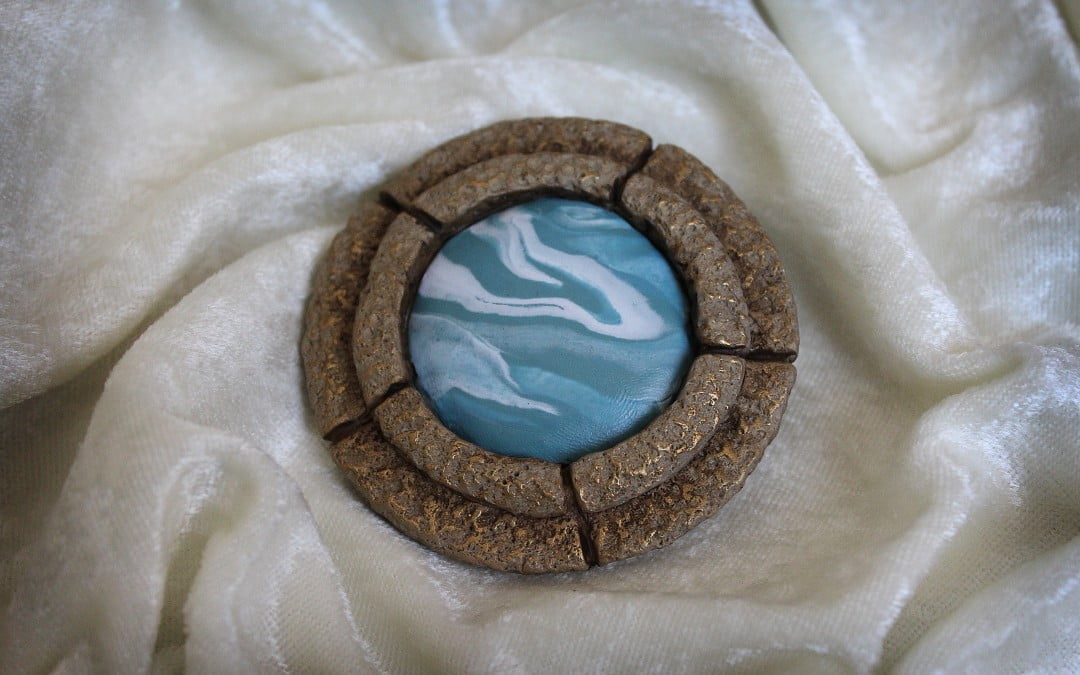 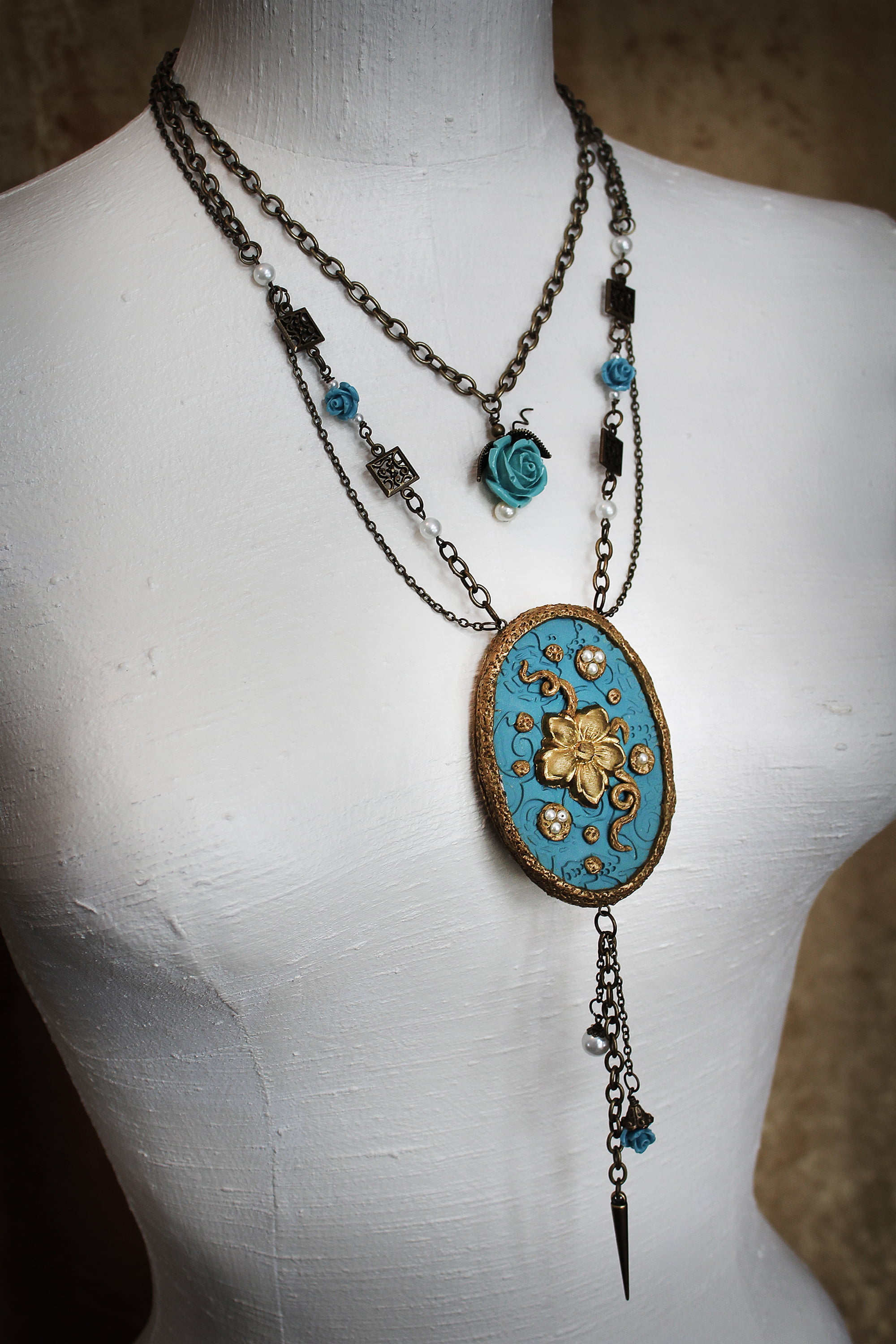 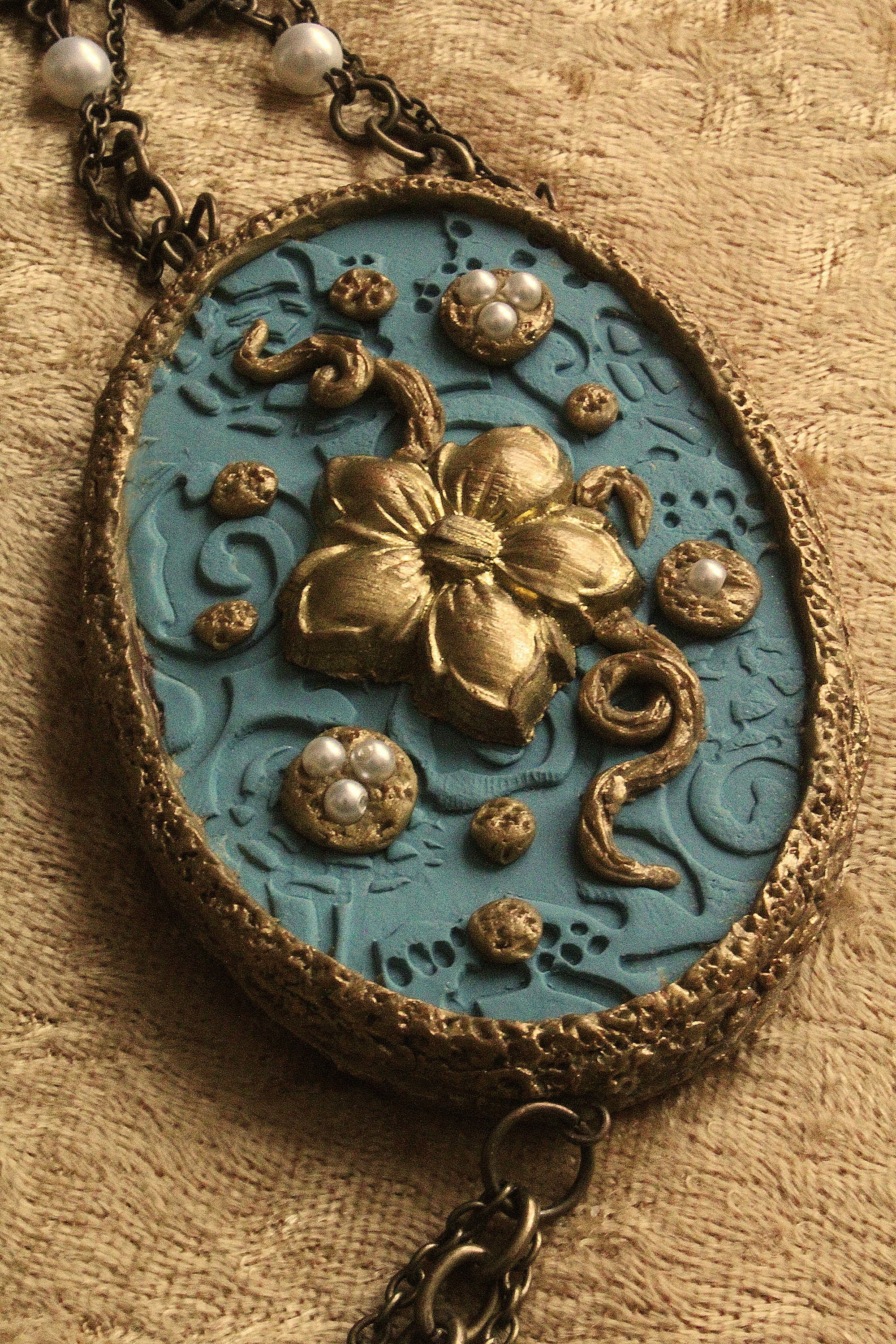 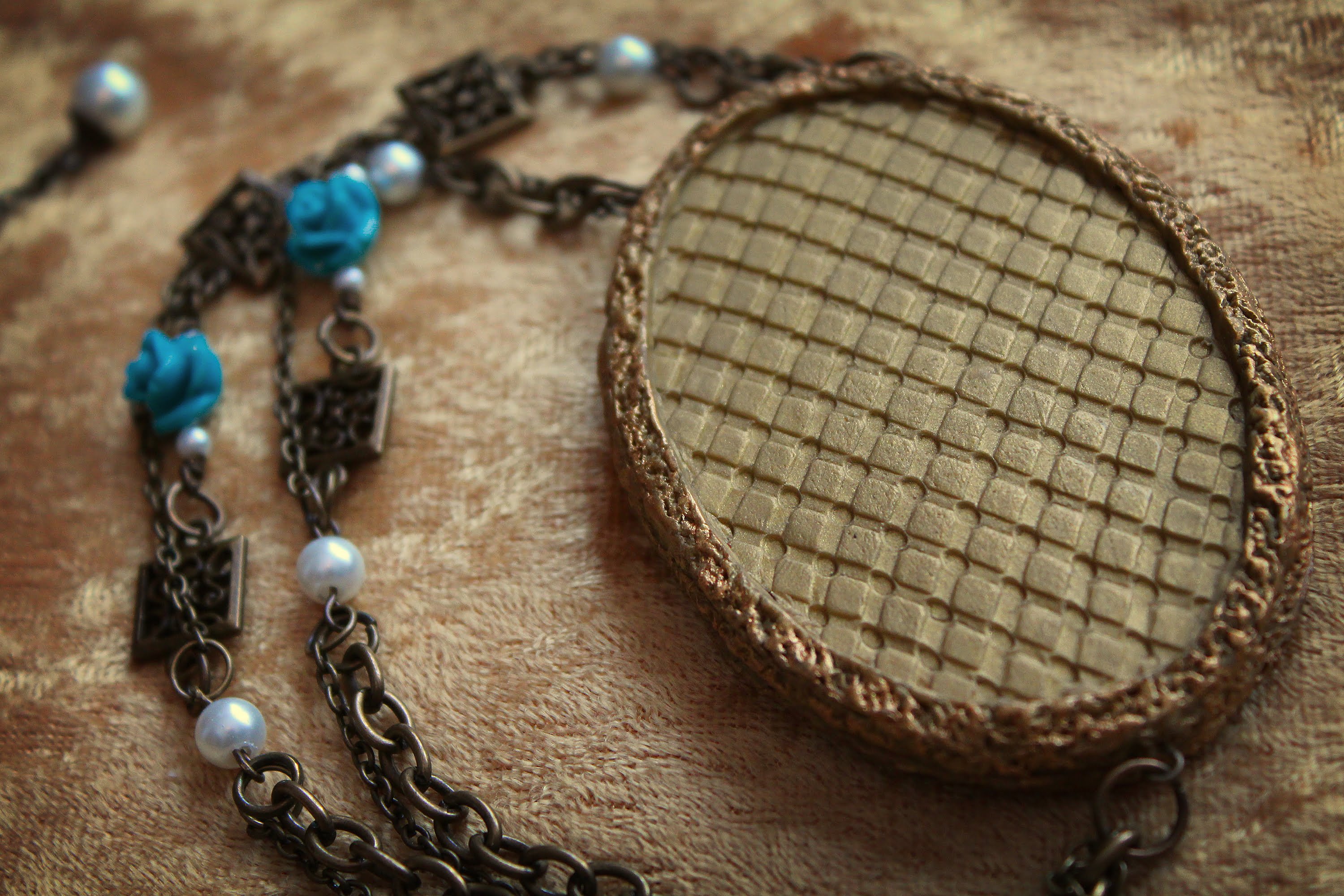 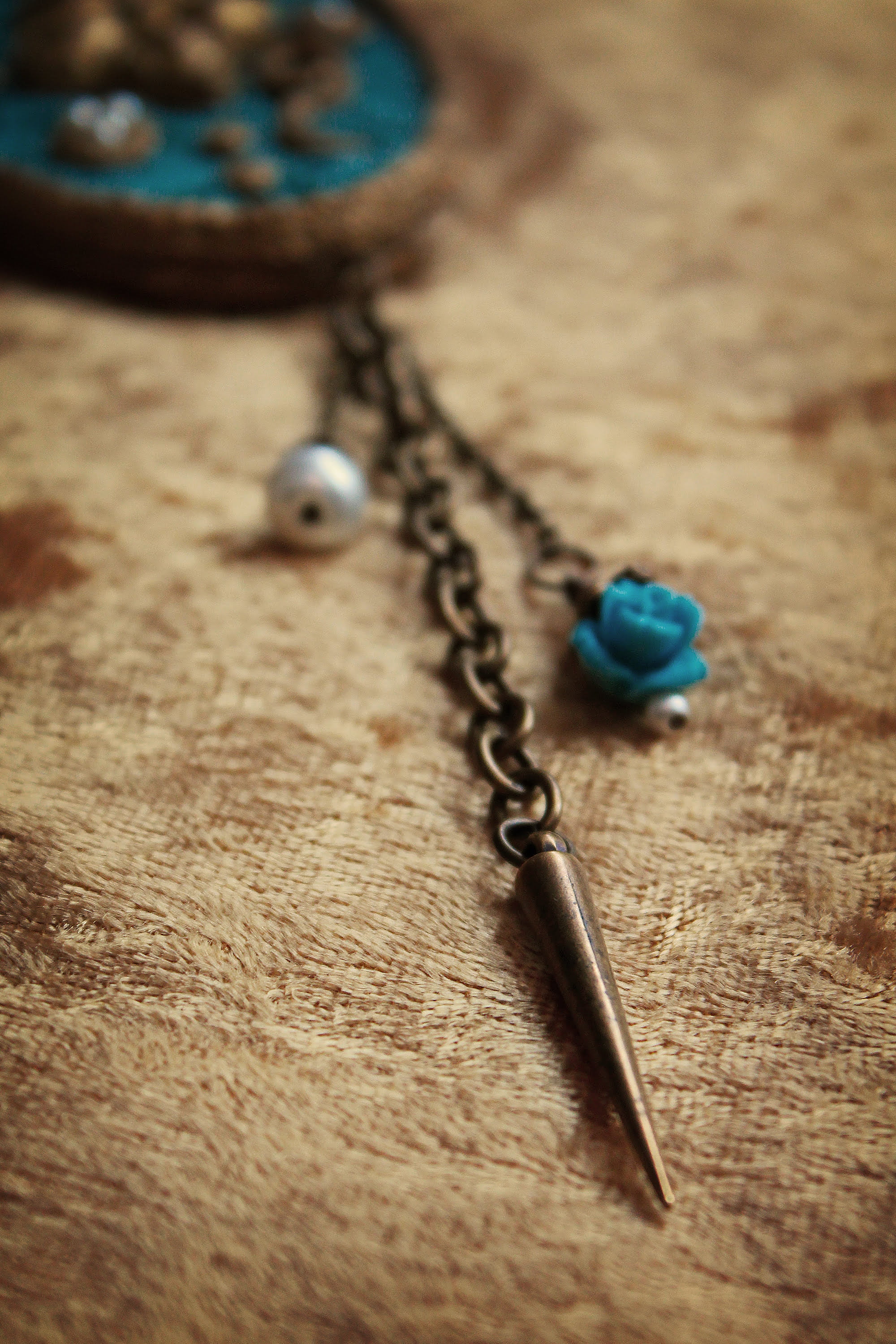 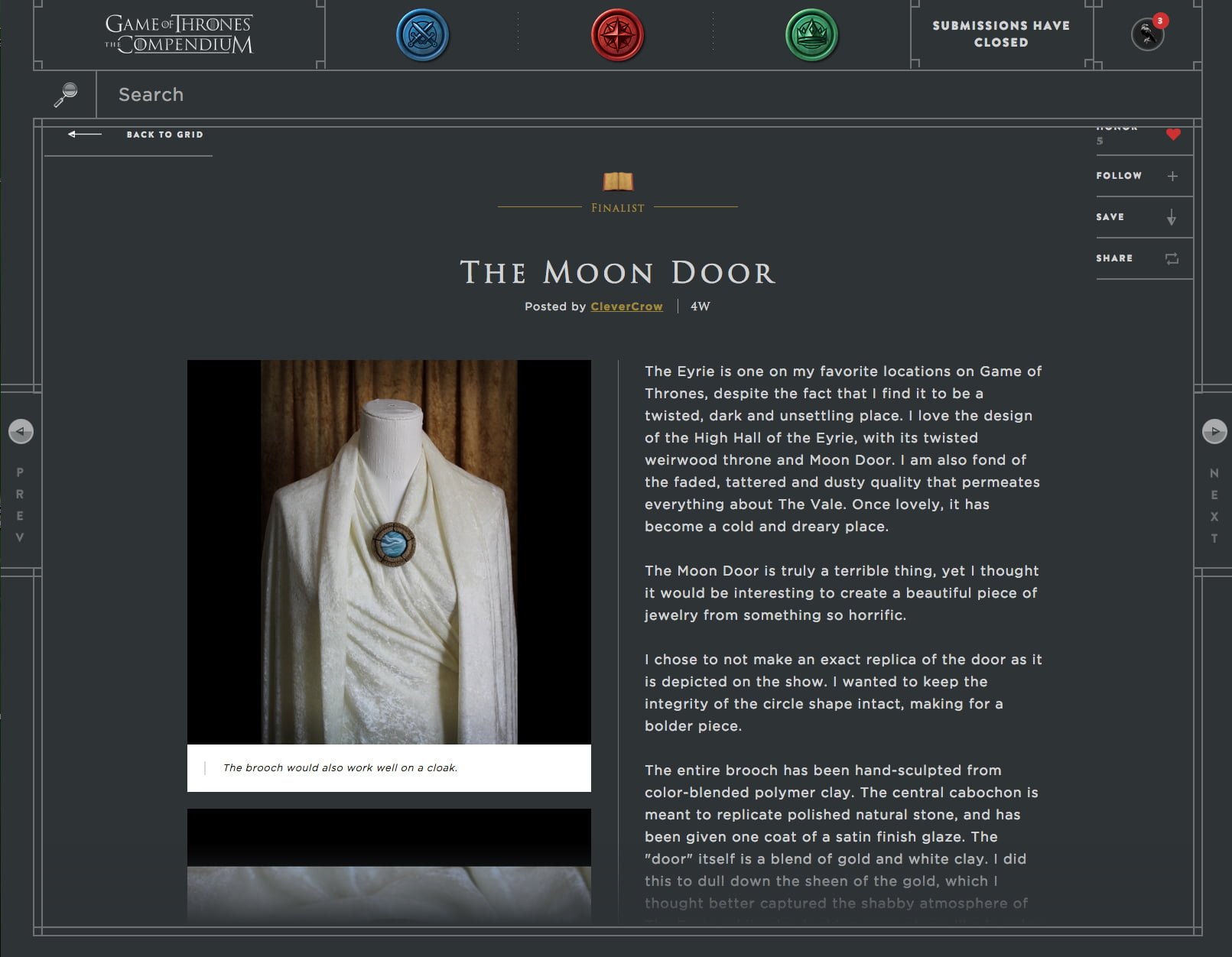 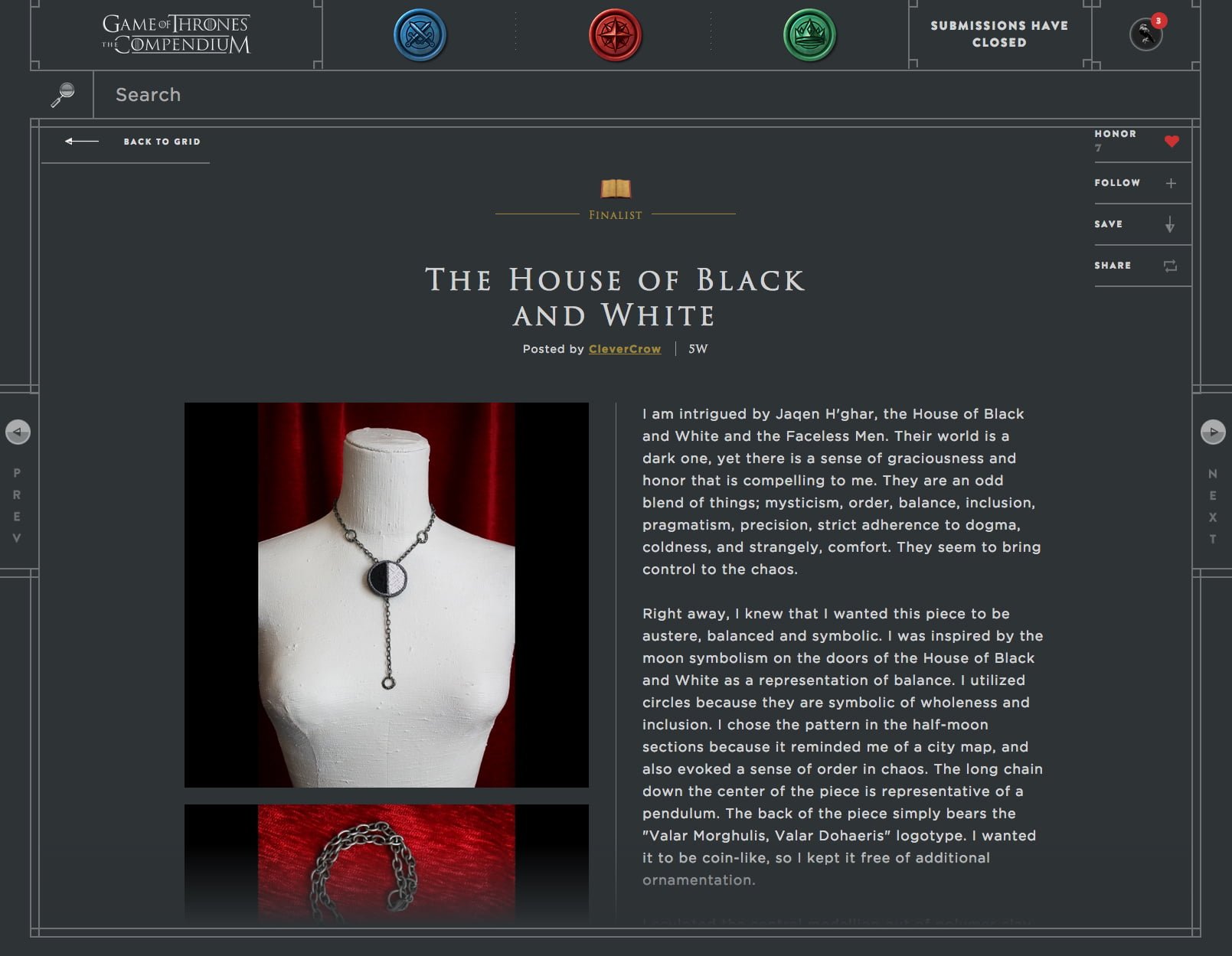 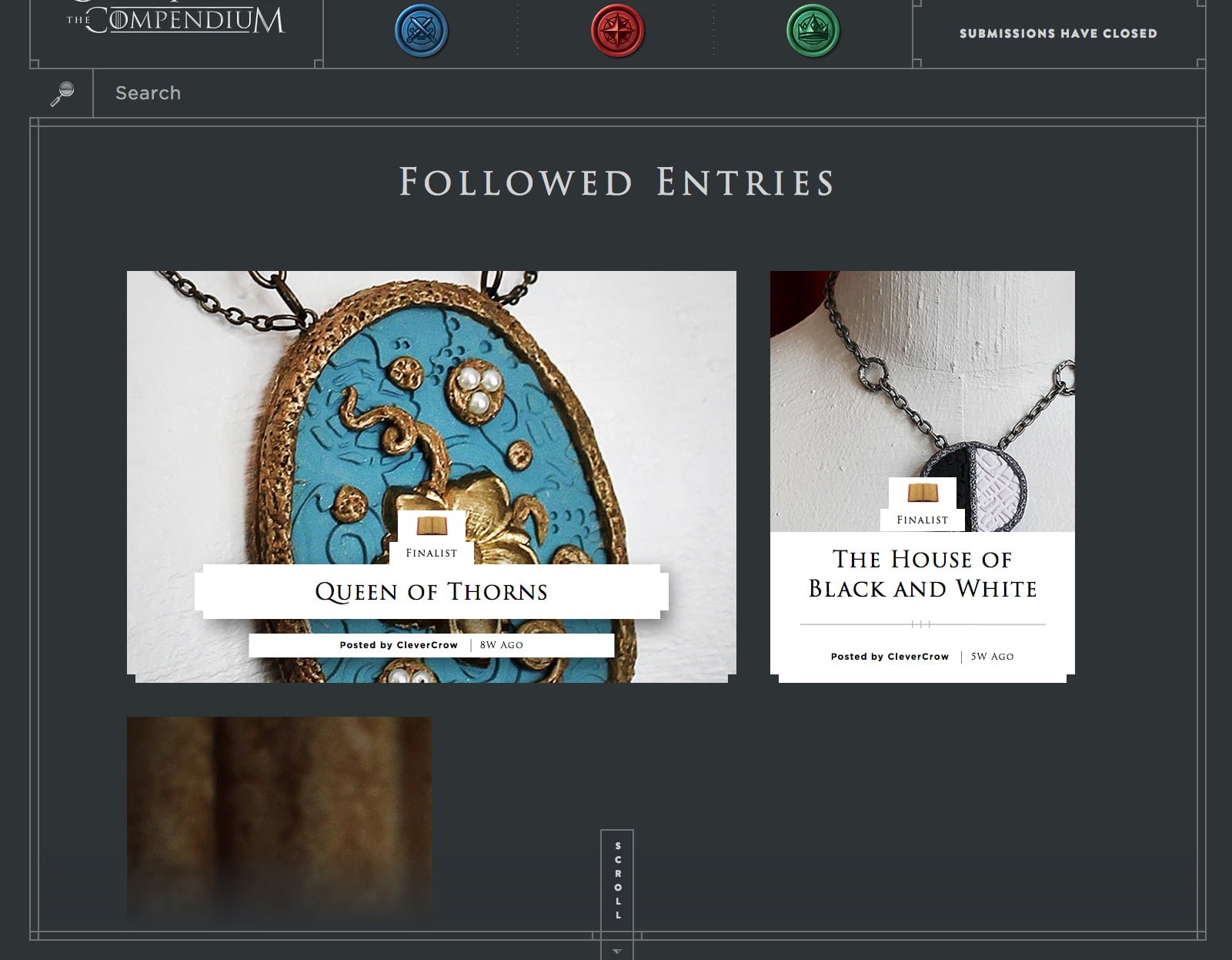