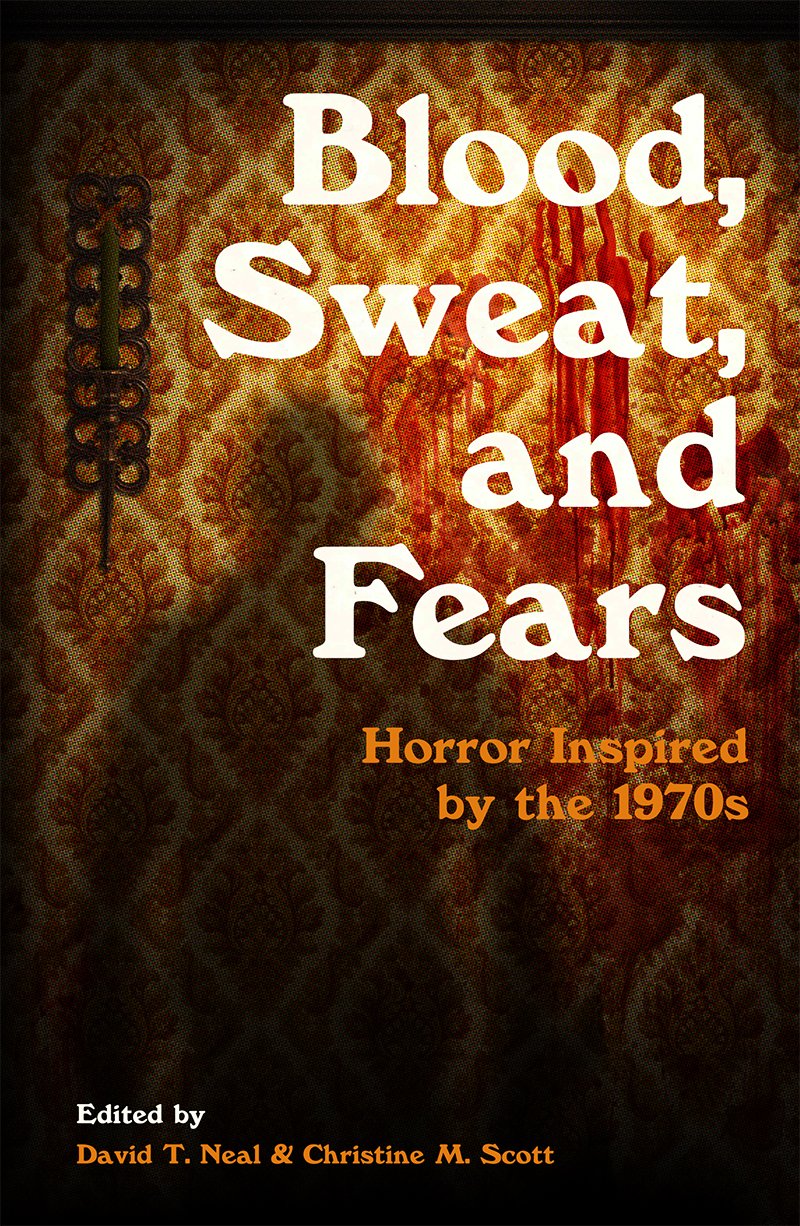 A DECADE OF DARKNESS

The 1970s were a transitional decade. The hangover from the swinging 1960s, and before the plastic, neon decadence of the 1980s. Fueled by war, popular protests, flagrant abuse of power, environmental shocks, and economic discord, the 1970s were a synthesis of paranoia and partying in a rapidly changing world. Blood, Sweat, and Fears: Horror Inspired by the 1970s takes readers back to that diabolical decade, in an unforgettable collection of ten stories that conjure the nightmare of the 70s for a new generation.

Joel
5.0 out of 5 stars A nice sampler: as you would expect

Format: PaperbackVerified Purchase
A nice sampler: as you would expect, some stories are more involved with the 1970s theme than others, but there is definitely a nice range of different sorts of horror tales included in the anthology. If you like horror at all, this is worth checking out.
BUY IN PAPERBACK OR EBOOK
BROWSE OUR COMPLETE CATALOG