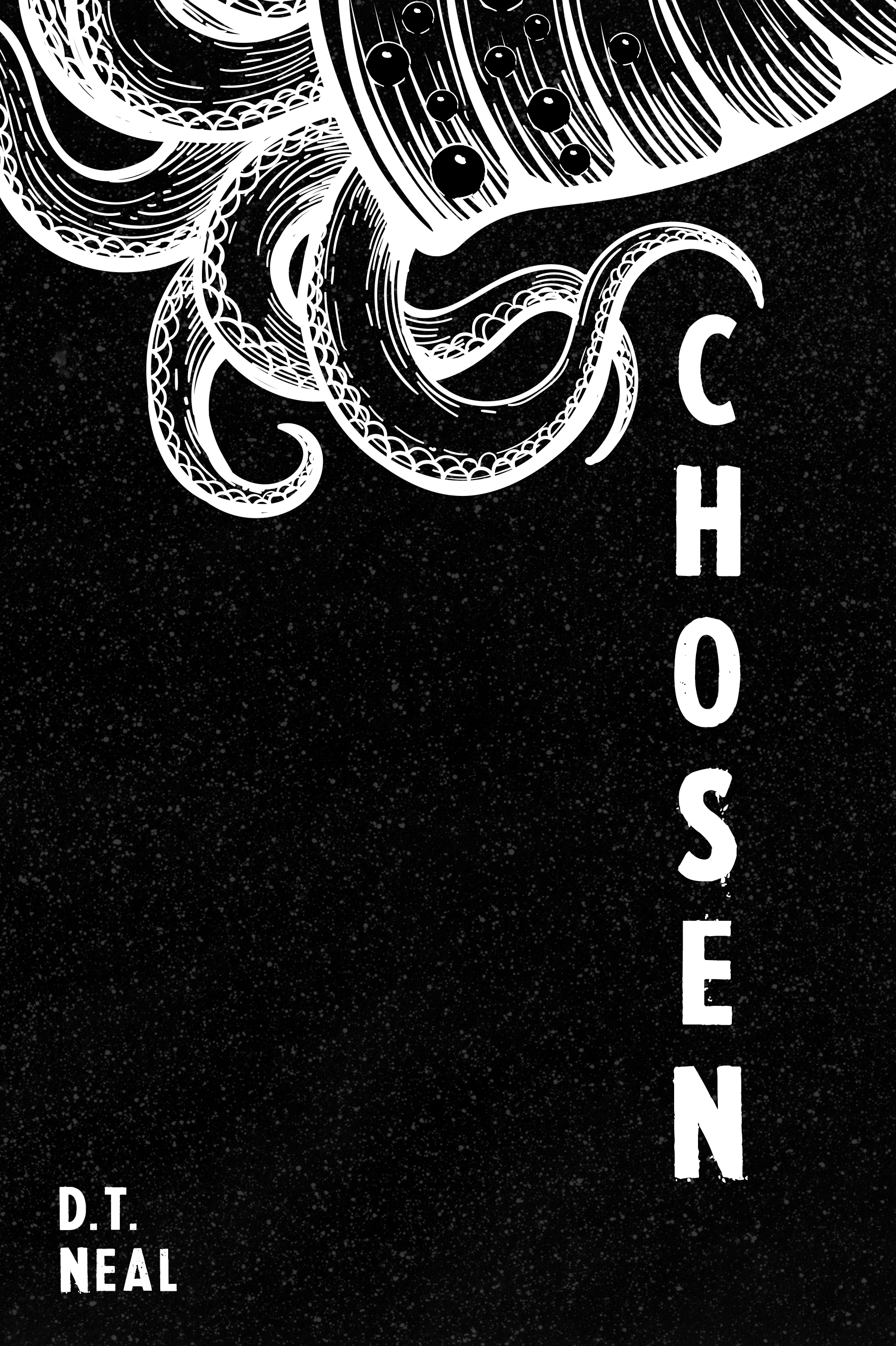 Something’s rotten in the waters around Ludlow. It’s turning townsfolk into the Brethren—pale and lifeless apparitions, monstrous reflections of themselves. The Brethren crave only the Light in the Dark, under the command of the horrifying Angel in the Depths. Guided by the shadowy cult leader, Mal Lazarus, who is intent on taking over the town, the Brethren stalk the streets of Ludlow, taking victims to the Mercy River, to a fate far worse than death. Standing in the way of the Brethren are only a handful of people—a photographer, an art teacher, a student, a priest, and a federal agent—all trying to stop the Brethren from taking over Ludlow. But is it too late for the town, and too late for the last Breathers of Ludlow to prevent Lazarus from realizing his dire dream in the service of the Light in the Dark?

Thomas Henry
5.0 out of 5 stars Chosen—A terrifically fun read AND a thought-provoking commentary

Chosen is not the first work by D.T. Neal that I’ve had the fortune to read, but it is the first full-length novel. Like many of his previous short stories, Chosen inhabits that place between the worlds of speculative fantasy and modern realism that provides the author with limitless opportunities to create wonderful, imaginative, and relevant allegories and the reader with an addicting page-turner.

At the most basic level, Chosen is a zombie book. It contains all of the familiar story elements of the genre—the random event that creates the first monster, the unwitting initial victims, the gradual realization by the heroes of what is happening, and the climactic Final Battle. On this level of storytelling, Mr. Neal provides terrific pacing and some beautifully rendered scenes. My two favorites both take place on the local riverboat casino. In the first, some fantastically gruesome things happen to the patrons outside in the river under blinking neon lights. The writing here is so visual you can see in your mind’s eye exactly the vision the author sees as the lights go on. And off. And on. And off. In the second, Mr. Neal recreates one of my favorite scenes, the classic “gambling with the devil”, ironically set in an actual casino this time. Everything about it is both completely unsettling and completely enjoyable (for the reader, at least).

But there’s a twist. The zombies ofChosen aren’t the classic mindless ghouls that inhabit the worlds of The Walking Dead, 28 Days Later, or most recently World War Z. The zombies of Chosen are actually self-aware to a certain degree. And this is can be read at a level beyond that of a simple zombie book. Mr. Neal posits a world populated by creatures who have self-awareness but lack self-actualization, a world where the ability to self-actualize has been forcibly and violently stripped from them. And as he spins out the implications of this world, he finds that “…there would be a final regression, the very darkest of Dark Ages, when all of the vanities of old would crumble and molder and fall by the wayside, while the world’s multitudes would look skyward with the blackest, deadest eyes, gazing at the uncaring stars with pale faces, blank and empty as the void itself, and wait for the world to end.”

Chosen is not only a terrifically fun read, but also a commentary on the control of the powerless many by the powerful few, the fragility of individuality and freedom in a world of invasive intrusion, and the roles that iconoclasts and misfits have in keeping it real. These themes are far more relevant to me (and others I presume) living in 21st century America than I ever thought they would or could be and this novel explores them in an honest and engaging way. If you are looking for something new and interesting to read this summer on (or off) the beach, I cannot recommend Chosen highly enough.