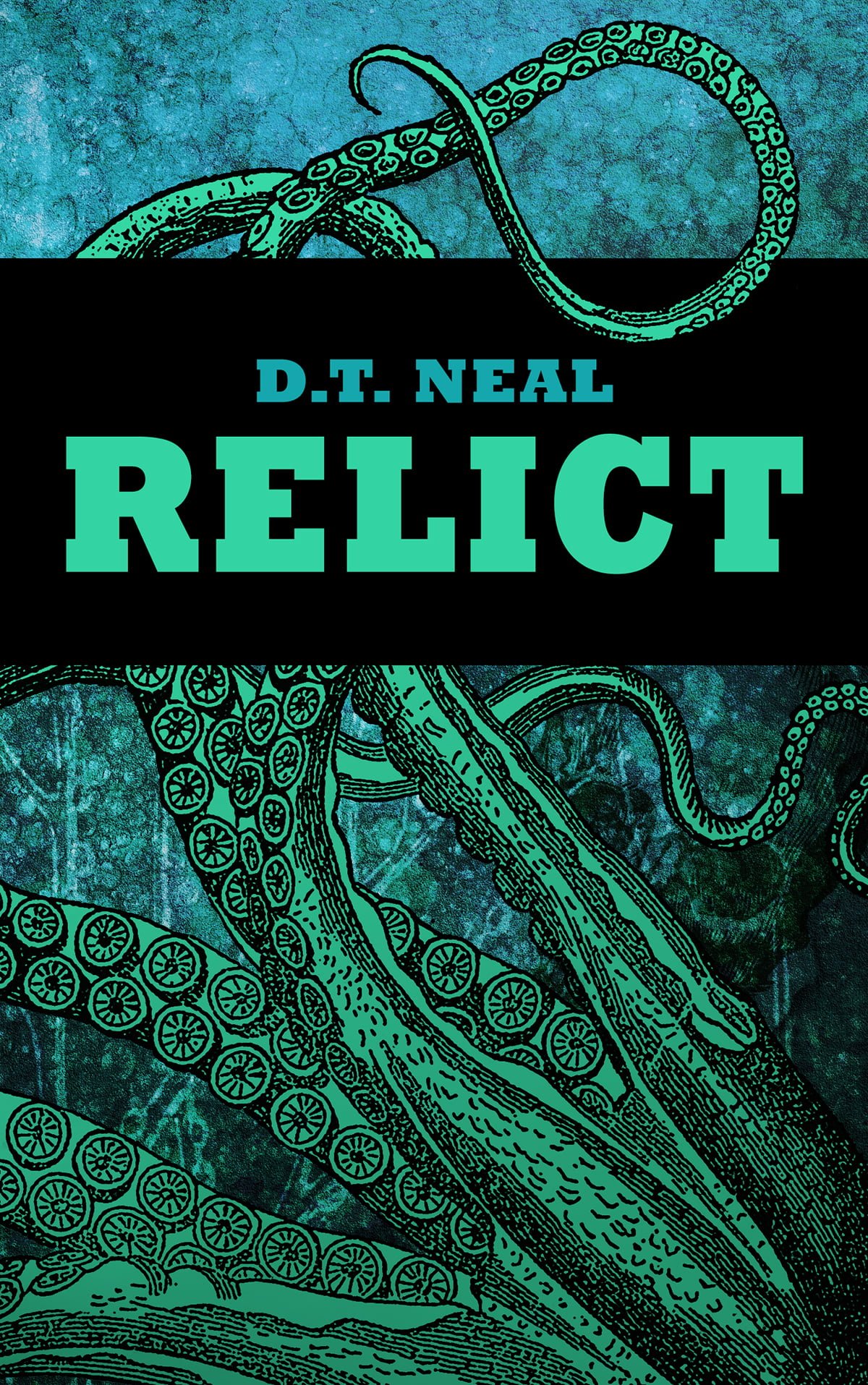 Four leisure travelers boat their way to Palmer Atoll, deep in the inky heart of the Pacific Ocean, hell and gone from anywhere, not guessing that they have stumbled upon the lair of something ancient and terrible. It watches them from the tropical waters, a lurking evil with an endless appetite: a monstrous, many-armed thing, a species of a bygone age with a golden gaze. Set in an exotic, remote island purgatory-paradise, “Relict” is a hybrid horror novella that grips you tightly in its clutches and won’t let you go.

‘Then Paige looked up and saw a long, thick, snake-like thing slip out of the water and snatch up the coconut crab, coil around it, and yank the crustacean into the water with barely a splash.’
.
Four amateur adventurers travel to a remote, insignificant dot of an Atoll deep in the Pacific Ocean. What starts out as a pleasure trip soon takes a dark turn as the foursome soon realise that they’re not alone and that something is staking them beneath the waves. Stranded with little chance of rescue, they’ve got to embrace the survivor instinct to make it out alive. .
.
Relict by D.T. Neal is a full blown creature feature. Focusing mainly on the unknown, giving brief glimpses to the creature stalking just below the surface. Very similar to Jaws where your imagination does the majority of the damage with Neal pushing you in the right direction. .
.
The second novella of Neal’s that I’ve read. And once again it is a fast paced, anxiety enducing read. I wasn’t a big fan of deep, open water before but the chances of me taking a leisure cruise now are extremely slim, in fact there’s not a heard of wild horses that could usher me on a boat. .
.
Novellas are great and Neal is definitely a master of the craft. Anyone who likes the creature feature horror genre will lap this up. It’s completely worth the heart murmurs. .
.
Cover art is again, FABULOUS!

So horrifying, and yet so plausible. As an author who has written a book about a giant sea creature, I take my hat off to Neal – this guy takes us all to school in showing what it would be liked to be trapped somewhere remote by something with a monstrous size, appetite, and intelligence. Great work – now to see what else he’s got!
_____________________
zombi246
5.0 out of 5 stars nightmare of warm water and white sand

Format: PaperbackVerified Purchase
I will not spoil it. Take this novella to the beach consume it. Just when you thought it was safe to go back in the…well, you know the rest.
AMAZON PAPERBACK & KINDLE
BARNES & NOBLE: NOOK
APPLE : IBOOK
ALL D.T. NEAL
BROWSE OUR COMPLETE CATALOG
Share This