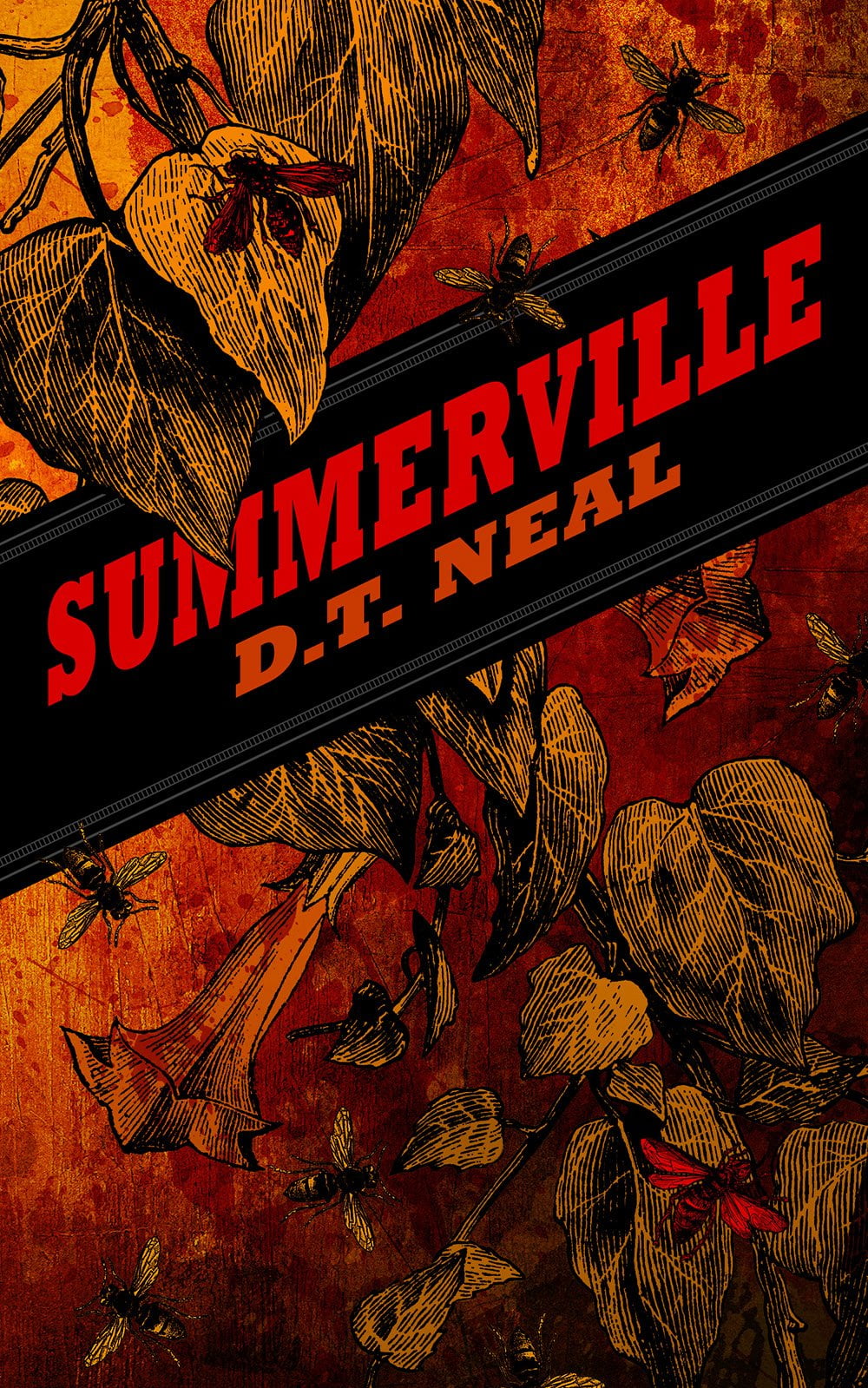 Three friends set out to find casks of 150-year-old brandy at the bottom of a South Carolina river, not knowing that they’ve walked right into the clutches of a growing evil in the ghost town of Summerville.

“SUMMERVILLE slept and Summerville woke, gowned insanely in emerald, jade, and malachite—velvety, slouching splendor, wrapped tight and held fast, waiting, waiting, waiting. The time was right, its seeds were ripe. Not a bird sang, not a cricket chirped, just the leaves, shaped like spades or hearts, like a or half-full, if there had been anyone there to see them and pass botanical judgment.

Those leaves softly whispered in the wind that carried off the fog in the drowsy morning sunlight, where the heat hung heavy and the Black River flowed languidly, without the taste of snow at its source to feed its fury.

It was a fat river, now, and a lazy one, as well. Long past the time when the river had claimed half the town in a grand flood, had cut the place off from the land around it, had turned it into a drowned island, an antebellum Atlantis.

The rest of the town, what had remained of it was three streets: Main Street, First Street, and Temple Street. All that was left: one, two, three. And even that had been too much, for there was nothing left but empty, now, and fields of green and tangled vines, always the vines, and a half-burned broken bridge that hung in space, an accusatory, mossy finger.

Only the wasps kept Summerville company, buzzing back and forth from their great hive, which had grown mammoth over the years. When winters came, the wasps would die. But winter stopped coming to Summerville, hadn’t been there for years, and the hive had grown ever-larger, like a tumor.

Dreadful things had come to Summerville, and the town had paid for it, the accounts had long been settled. But the place remained, though it showed up on no maps, and river-riders would marvel at the broken bridge and the thick vines that formed cyclopean shapes above them on the banks of the Black River, beckoning, tempting, sweetly-scented. But there were few portages, no proper ports of call, and most would snap a picture or two, always the bridge, the half-burned spar, what locals used to call The Jut, back when there were still locals to be found.

Once in a while, a visitor would find a spot to rest their feet amid the lumbering vines, would tie down and call to their friends to join them. They would laugh and break the vow of silence that had ruled Summerville for decades, so long that the place itself hardly remembered how long it had been since people had last walked its streets.

But always, they would be daunted by the tangled vines, which grew in such abundance that they choked all other plants that had tried to live in the damned place. White trees, standing skeletons, all dead, now, starved for light while draped in the green of the vine, throttled by thick brown stands of , thick as a man’s arm, thicker even, and stronger. The stuff was everywhere, an old and faded yellow STOP sign, a rusting relic the visitors would pause in front of, amused at the irony of a STOP sign standing at the abyss, at the point where the broken bridge would have spanned, if only it had possessed the strength to endure.

They stopped and photographed themselves there, smiling by the rusting sign, discussing why the sign was yellow and black when it should have been red and white, entertaining theories, all of them wrong, for Summerville had died in 1954, and the sign remained because it had not been changed, the place had been forgotten, and everyone was dead, there.

Having been warned without realizing it, the visitors would press on, laughingly. And down Main Street they would go, stepping gingerly between the tangled vines, never to return.”

Margaret Perkins
5.0 out of 5 stars Well-crafted

Format: Paperback
I was already a fan of Neal’s short stories; this is the second Neal novella I’ve read. The other was Relict, which I devoured (twice) and thoroughly enjoyed. Neal is a compelling and imaginative storyteller whose tales are richly evocative and leave the reader wondering about the story well after it’s read. This one, along with Relict, makes me wonder whether one of his themes is our everyday presumption of being able to manage the world as humans, despite the overwhelming power and mystery of nature, and the consequences of that presumption. Neal explores larger questions of knowledge and morality but creates stories that nevertheless compel readers who love the genres he works in and approach his tales analytically. He has an easy way with dialogue, and there is a lovely symmetry of detail in this novella. I will be reading more of Neal’s longer works.