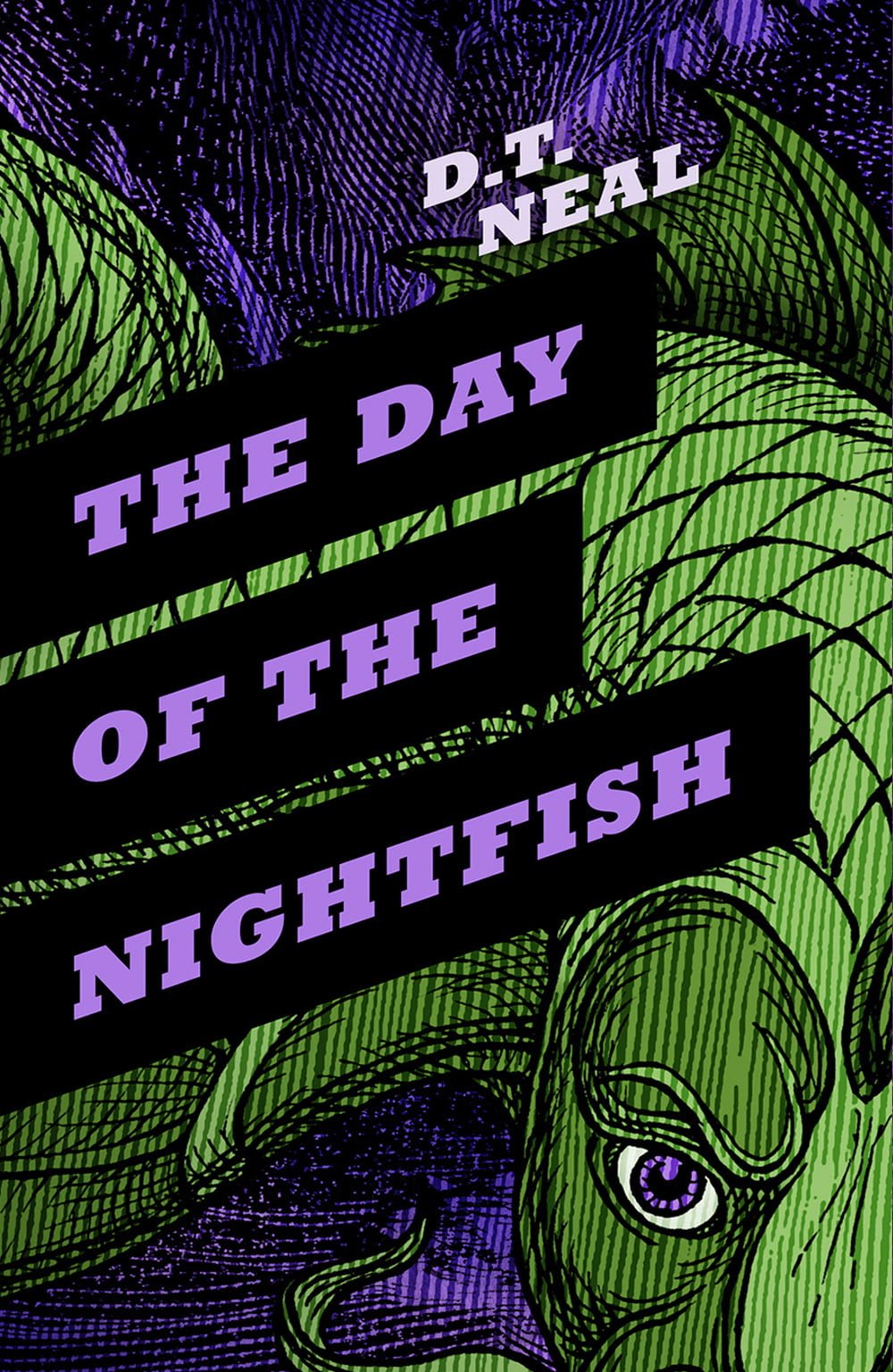 A young chef-in-training and self-styled culinary adventurer is transported by tasting the savory food fad, nightfish, at a top-notch hotel in Thailand with his rich girlfriend. Nobody can tell him what nightfish actually is, and his quest for the elusive and enigmatic nightfish takes him across half the world to the unassuming town of Gunwale, Rhode Island, sole producer of nightfish. Here, he works his way to get aboard one of the Blackfin Fishing Company boats, the Amanda Luce, for an unforgettable and horrifying seagoing adventure, where he gets far more than he bargained for.

He is the author of Saamaanthaa and The Happening, both part of the Wolfshadow Trilogy. He’s also written the vampire novel, Suckage, as well as the Lovecraftian cosmic horror-thriller, Chosen. He has written two creature feature/eco-horror novellas, Relict, and Summerville. He continues to work on new horror and thriller stories.

‘Don’t read this the wrong way, but if you’ve ever tasted Nightfish, you’d know just why I did it.’

There’s a new culinary delight taking the world by storm, an expensive delight that rocks the tastebuds, the Nightfish. Whilst holidaying in Thailand an aspiring young chef happens upon said fish. Upon enquiring about the mysterious fish he hits dead end after dead end, no-one knows nor cares about where or what this fish is. And so he eventually finds himself in Gunwhale, the only known exporter of Nightfish. Needless to say, he gets more than he bargained for, a lot more.

The Day of the Nightfish is another anxiety-inducing thrill ride from the creative juices of D.T. Neal and good god do they flow.
I’ve mentioned before about deep water not being my thing, I don’t think deep water at night does a lot for me either. With a name like the Nightfish you can guess its habitat and at what time of the day it generally bimbles about. There’s something about human nature that makes us seek out the thing that gives us the willies.
The novella is very much in the same vein as Neals others; very fast-paced and not a single sentence wasted, getting as much substance as possible into such a small book. And for the price, they’re not to be sniffed at, very much a steal on kindle.

If horror shorts are your thing then this will be the catch of the day; there’s just enough to keep you busy for a couple of hours whilst equally making you afraid to leave the house for the rest of the day. I know it’s set at sea but it’s been raining a bit recently and I’d rather not risk it.

BUY IN PAPERBACK OR EBOOK
ALL D.T. NEAL
BROWSE OUR COMPLETE CATALOG
Share This