The Untimely Undeath of Imogen Madrigal 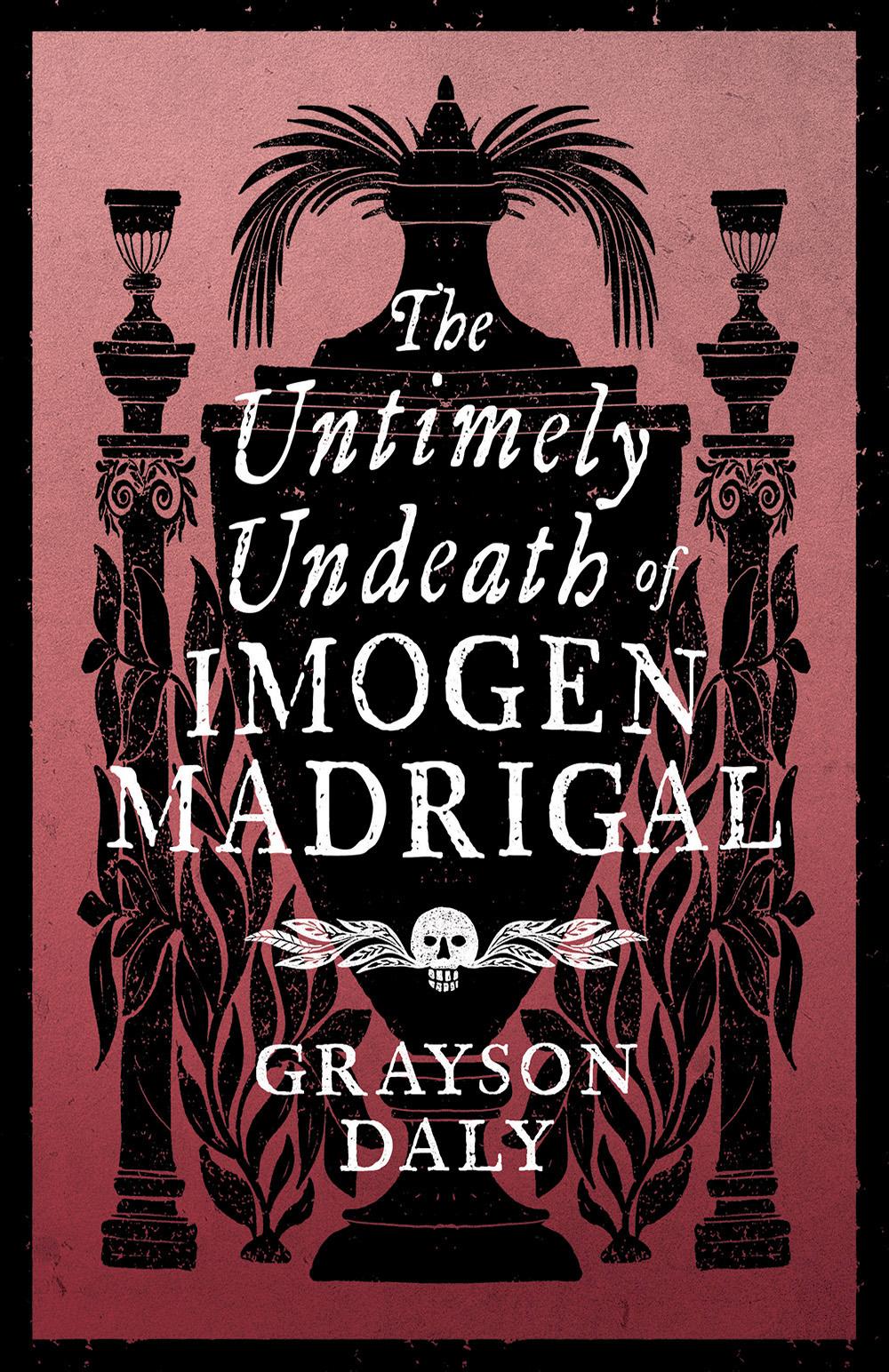 On the island city of Lenorum, Maeve serves the Sisterhood of Good Death, a convent whose purpose is to shepherd lost souls from one world to the next. But her life of devotion to the unquiet dead is upended by an encounter with the haughty poet Imogen Madrigal, who has mysteriously returned from beyond the veil not in spirit, but in the flesh–and determined to obtain justice, whatever the cost. Maeve agrees to help Imogen solve her murder, which propels her headlong into the hedonistic and heretical world of the extravagant and influential Poets’ Court.
THE UNTIMELY UNDEATH OF IMOGEN MADRIGAL delivers a metaphysical mystery in the richly imagined, darkly fantastic and urbane world of Lenorum, as Maeve comes to terms with her own path and learns what living a good life truly means.

Nosetouch Press is further expanding its supernatural fiction offerings with the dazzling paranormal mystery novel from Grayson Daly, The Untimely Undeath of Imogen Madrigal, coming out in May 2023.

Set in the fictional island city of Lenorum, the novel focuses on Maeve, who is a member of the Sisterhood of Good Death—a religious order whose mission is to help the dead transition toward their next life. A random cemetery encounter with the mysteriously murdered poet, Imogen Madrigal, who has somehow returned from the dead, thrusts Maeve into solving Imogen’s year-old murder, and, in the process, come to terms with what it means to live a good and fulfilling life.

“I’ve been writing fantasy and science fiction stories for six years,” said Daly, who lives and works as an engineer in Boston. “This novel was inspired by a gorgeous old cemetery in a small New Hampshire town I’d lived in, as well as trips along the coasts of Maine and the experience of growing up both queer and Catholic.”

“We’re very excited to get this novel out there,” said Dave Neal, editor-in-chief and co-publisher of Nosetouch Press. “Grayson writes with a power and precision that will draw in fans of dark fantasy, mysteries, and the gothic.”

“This book creates an exceptionally evocative atmosphere,” said Christine Scott, creative director and co-publisher of Nosetouch Press. “It conjures up both melancholy and poetic passion, and Daly has built a fascinating and unforgettable world in Lenorum.”

Nosetouch Press is an independent book publisher tandemly based in Chicago and Pittsburgh, with a commitment to bringing classical book design and excellent fiction to readers everywhere.

Grayson Daly is a writer and lover of fantasy, mystery, and any genre with the word “gothic” appended to the front. She grew up in a New England village and moved to the slightly larger one of Boston, where she lives with her childhood best friend and thirteen houseplants. When not writing, Grayson can be found building robots, learning to play the banjo, and haunting the bubble tea shop down the street.

The Untimely Undeath of Imogen Madrigal is her debut novel.