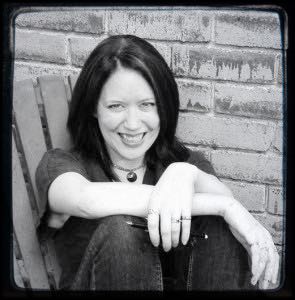 Virginia M. Mohlere was born on one solstice, and her sister was born on the other. Her chronic writing disorder stems from early childhood. She lives in the swamps of Houston and writes with a fountain pen that is extinct in the wild. Her work has been seen in Cabinet des Fées, Jabberwocky, Lakeside Circus, Goblin Fruit, Strange Horizons, and Mythic Delirium.
www.virginiamohlere.com/

Wax & Wane: The Heart of a River

What is your story about? This story actually started from the other side: its first incarnation was the paladin’s tale. Unfortunately, endless training is as boring in fiction as it is in real life, so I got to thinking about who would be so terrible that it would require so much effort and magic to defeat her. The Witch-Empress of Iley is hands-down the worst character whose brain I’ve inhabited so far, and she’s definitely not invited to dinner. Her making and her unmaking run in parallel: a structure that I found fun to work with.

What do you like most about witches?
The witch is the woman outside traditional social structures: the power woman, who bucks social expectation. The witch is the woman who has taken herself into her own hands and flipped the bird at anyone who dared criticize. That’s why she lives at the edge of the forest: she straddles the line between the tame and the wild. I’m at my best when I’m at my witchiest.
Who is your favorite fictional or legendary witch, and why?
I love Baba Yaga for never suffering fools: you can get kindness out of her if you earn it, but better not let her catch you trying to cheat or be cruel. And I love Terry Pratchett’s practical, roll-up-your-sleeves-and-get-stuff-done witches, especially Tiffany Aching.
Would you rather be a good witch or a wicked witch? Why?
Why so binary? Also: who’s defining “good” and “wicked”? I believe in kindness. I believe in leaving the world better than one found it. I believe in trees. And I believe that we could all really use some more effective shut-up-and-go-away spells for daily use.
What’s up next for you?
I’m superstitious about describing unfinished projects: if I tell too many people about them, then the story is told, and I’m done with it. Lots more words. Lots more submissions. Lots more lying on the floor screaming about how terrible writing is, and lots more thrusting my pen into the air in triumph. You know, the usual.