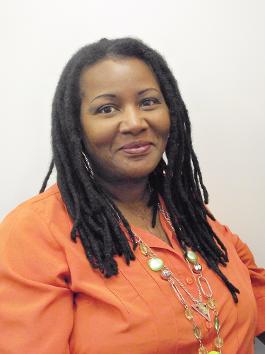 1. What’s your all-time favorite creature, and why?
Medusa. Her tragedy calls to my soul, the unjust punishment inflicted on her by the goddess Athena, for no other reason except getting raped by the god, Poseidon, inside Athena’s temple. This once ravishing beauty turned into a monstrous gorgon with hair of poisonous vipers, is one creature whose powers are deadlier in death than in life. One look on her face and men turn into stone. Her rage is to be feared and her gaze brings instant death to all who see her curse. This is one creature that deserves the greatest respect!
2. Are you more of a day person or a night owl?
Definitely a night owl! Sleep and I divorced each other a long time ago but we share a joint mortgage and have somehow found a civilised way to share this body-house together.
3. A creature is on the loose! Do you hide, try to photograph it, or something else entirely?
Hide, definitely! Alas, I’m a shameless wuss despite writing about horrible things 🙂

Nuzo Onoh is a British writer of African-Igbo heritage. Popularly known as, “The Queen of African Horror”, Nuzo was born in Enugu, in the Eastern part of Nigeria (formerly, The Republic of Biafra). She first came to England as a teenager and attended The Mount School, York, (a Quaker boarding school) and St Andrew’s Tutorial College, Cambridge, from where she obtained her A’levels. She holds a Law Degree and a Masters Degree in Writing, both from The University of Warwick, Warwickshire.

Nuzo has been championing the alternative horror genre, African Horror, and has featured on multiple media platforms promoting this unique horror genre. She is the first African Horror writer to feature on Starburst Magazine, the world’s longest-running magazine of cult entertainment. She has also made the front-cover of Paranormal Underground Magazine. Nuzo is included in the reference book, “80 Black Women in Horror” and her writing has also featured in multiple anthologies. She has written several blogs for Female First Magazine about African Horror and has been mentioned as one of the new voices in British horror writing making a positive impact on how black and minority races are portrayed in mainstream horror fiction. Nuzo has also given talks at several events about African Horror, including the Warwick University Law Society.

A keen musician, Nuzo plays both the piano and guitar and enjoys writing songs when not haunting church graveyards and the beautiful Coventry War Memorial Park. Her book, The Reluctant Dead (2014), introduced modern African Horror into the mainstream Horror genre. Nuzo has two daughters and her cat, Tinkerbell. She lives in Coventry and is an active member of the Coventry Writers Group.