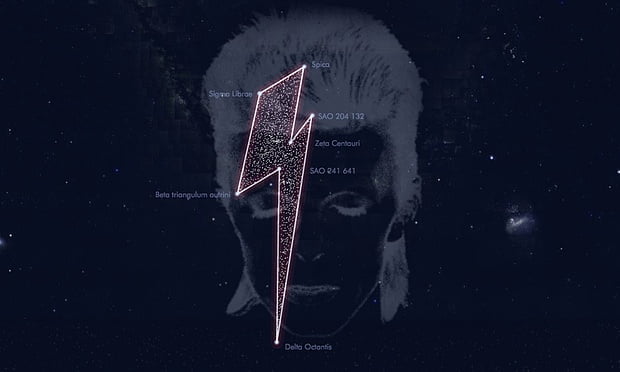 Bowie Gets a Bolt in the Sky

I was happy to see astronomers giving David Bowie his own bolt-shaped constellation. Nicely done! According to the story, the constellation consists of seven stars that shine in the shape of his signature lightning bolt. The constellation sits in the vicinity of Mars,...

Pretty cool about the whole water-on-Mars story. Does it mean there’s life on Mars? We’ll see what comes of it. Meanwhile, NASA, here’s a musical interlude. *d